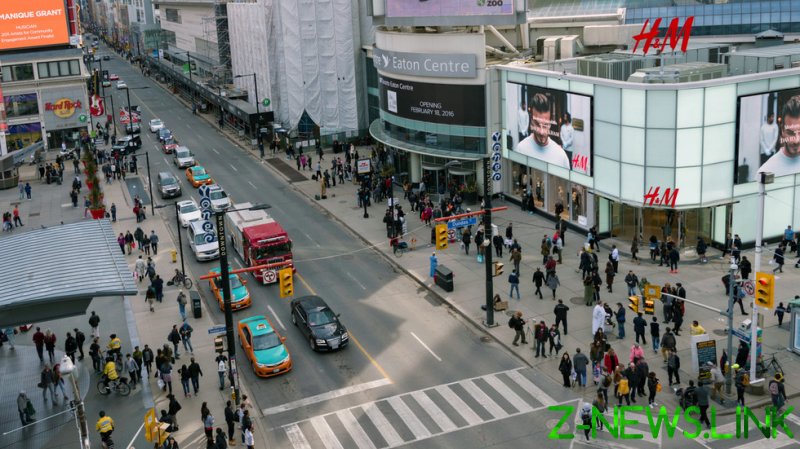 Pollsters from Maru Public Opinion asked Toronto citizens whether they supported calls to rename one of the city’s most prominent arteries, Dundas Street, and other places bearing the name of the 18th-century Scottish minister.

The survey, conducted between July 9 and July 18, randomly selected 500 adults living in Toronto and delivered some surprising findings about people’s appetite for canceling street names deemed by some to be no longer appropriate.

Henry Dundas, also known as Lord Melville, was a prominent British politician of the Georgian era who hailed from Edinburgh. The Scottish politician reportedly never set foot in Toronto, despite being commemorated there, and many historians regard him as a leading figure in the campaign to prevent the abolition of the slave trade.

Delaying the abolition meant hundreds of thousands were forced to wait decades longer for their freedom. Dundas, who served as Secretary of State for War from 1794 to 1801, also trafficked as many as 13,000 enslaved Africans into the British military.

There have been several calls over the years to remove the name from the former colonial outpost, with the demand for change growing stronger in the wake of George Floyd’s murder.

The Maru Public Opinion poll found that 55% of respondents supported a move to rename Dundas Street and other locations such as Yonge-Dundas Square that bear his name.

However, support for the move fell when respondents were informed about the potential costs of the renaming. A whopping 61% opposed the call after being told about the cost to the city as well as “personal and business administrative requirements” that would be necessitated by the name change.

The Toronto authorities have put the cost of rebranding all civic assets bearing the Dundas name at around $6 million.

The poll results came after the city council voted 17-7 to launch a public consultation about renaming city landmark.

The consultation follows a petition launched by local Andrew Lochhead to rename Dundas Street. He claimed it would be “a constructive and symbolic step toward disavowing its historic associations” with individuals associated with “racial inequality and exploitation.”

Lochhead described the Scot’s legacy as “highly problematic” and called for a consultation in partnership with “Black-led organizations and historical societies, [and] Indigenous groups and other community representatives.” The petition has so far been signed by some 15,000 people.

Dundas, who was also instrumental in the Scottish Enlightenment, Britain’s role in the French Revolutionary Wars, and imperial expansion in India, is remembered via monuments and street names across the Commonwealth, including a grade-A-listed monument in his hometown of Edinburgh.

In March, Edinburgh City Council approved a plaque for the monument reading: “At the top of this neoclassical column stands a statue of Henry Dundas, 1st Viscount Melville (1742-1811).” The imposing column was vandalized during Black Lives Matter induced unrest in June 2020.