Home / WORLD / Canadian city Hamilton opens up vaccine eligibility to people 18 and over in outbreak hot spots, as long as they aren’t WHITE

Canadian city Hamilton opens up vaccine eligibility to people 18 and over in outbreak hot spots, as long as they aren’t WHITE 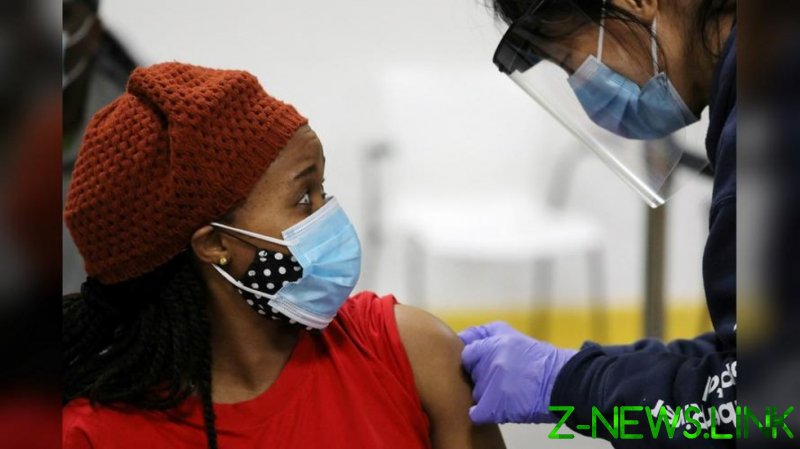 The city expanded vaccine eligibility to “black and other racialized” people 18 and older who live in five zip codes where the current outbreak is most acute. A special clinic set up to vaccinate only non-white residents filled out its appointment book in just a few hours last week.

The move comes amid a Covid-19 case surge so severe that Ontario Premier Doug Ford earlier this month set up checkpoints at the province’s borders with Manitoba and Quebec and tightened already severe lockdown restrictions. With the province unable to secure enough vaccine doses as new strains cause the virus to spread more quickly, “we’re losing the battle between the variants and the vaccines,” Ford said.

But social media users argued that choosing who gets the vaccines based on skin color, without regard to such risk factors as age and pre-existing medical conditions, is racist. “Woke racism is a Canadian virtue – clearly illegal, but government-sanctioned and police-enforced,” one Twitter commenter said.

“Too bad I’m white and poor and in bad health, but whatever,” another observer said. “Give a 30-year-old, healthy black lawyer a vaccine just because he’s black.”

The US state of Vermont adopted a similar policy earlier this month, making Covid-19 jabs available to non-white residents who are at least 16 years old but limiting the shots to those age 50 and up for whites. And like Hamilton, Vermont set up dedicated clinics for non-whites.

Others questioned how racial eligibility will be determined, such as the percentage of non-white blood a person would need to qualify, and likened the policy to disastrous ethnicity-based marginalization of people in past eras.

Hamilton officials cited the fact that 47% of the residents who have been infected with Covid-19 identify as “racialized,” although they make up only 19% of the city’s population. Proponents of such policies prioritizing non-white people for vaccines have argued that “systemic conditions” have rendered them more vulnerable to Covid-19.

But some black observers said race-based prioritization is divisive and causes more distrust in the vaccines. One commenter said she “would never go near somewhere targeting only black people for vaccines.” Others noted that white people in the targeted neighborhoods live in the same socioeconomic conditions.

Still other Twitter commenters saw the move as a bad precedent. “Will they be triaging ventilators the same way at the ICU?” entrepreneur Mina Bashta asked. “This is not a move in the right direction; rather, a very dangerous path to take. And I say that as immigrant myself.”