Canada will help Ukraine to create a police Academy 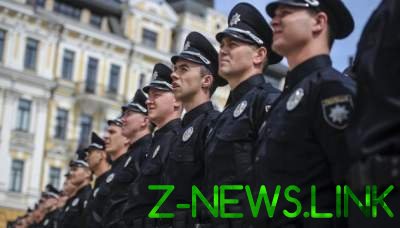 Ukraine managed to negotiate with Canada for assistance in starting the Police Academy.

This was at the end of the visit to Canada, told UKRINFORM, the state Secretary of the Ministry of internal Affairs Alexey Takhtay.

“We agreed with the leadership of National police College of Canada to provide us with methodological assistance in the formation of our Police Academy. This is very important because the forms and methods of teaching that are used in Ukraine do not meet the requirements of today, ” said Ottoman.

According to him, Canada will give Ukraine its experience on “how and what to teach, what structure of the educational process, what tradition, how tempered the spirit of the recruits.”

“This is a set of practical actions that are necessary not only to prescribe on paper and really start to work and educate new police officers,” – said the Secretary of state.

He added that the main purpose of the trip, during which the delegation of the Ministry of interior was able to visit Ottawa, Toronto and Regina, was to familiarize with the police education in Canada.

“We saw a vivid example of which we are striving,” said Ottoman.

He stressed that Ukraine will take the example of the canadian system of police education, but adapt it to Ukrainian realities.

“To make a full replica is impossible. We study the best international experiences and make their model, which, however, will be similar to the canadian ” – he said.

Together with the state Secretary of the Ministry of internal Affairs, in Canada, with a weekly visit to the chief of the National police of Ukraine Sergey Knyazev, his Deputy Konstantin Bushuev, acting Director of the Police Academy of Ukraine, Irina Green and other officials of the interior Ministry.

As reported, on 5 July, the Chairman of the National police Sergey Knyazev signed a decree on the establishment of a Police Academy. The first set will be 500 police officers, and in the future it is planned to adopt in the Academy of 1000 – 1200 students.