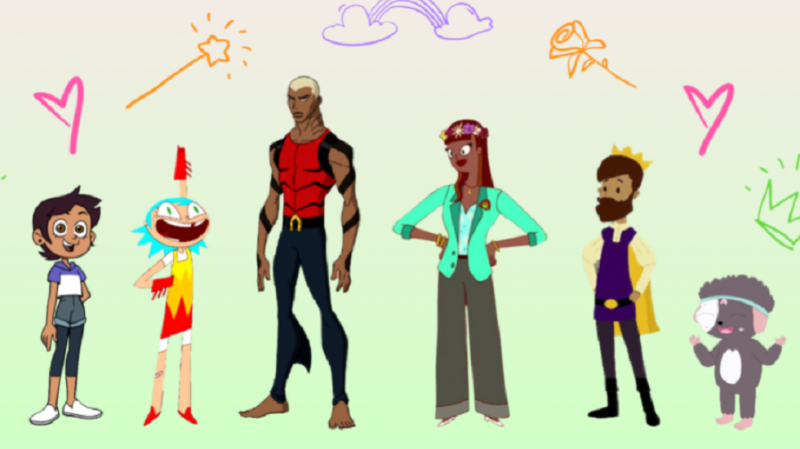 Technology has changed the work of the journalist. Shrinking attention spans and the instant availability of press releases, tweets and statements mean the modern reporter often writes short articles without ever picking up the phone or doing any investigative work of their own. But those investigative skills aren’t dead. They’ve simply been put to… other uses.

Like compiling the world’s first comprehensive database of “LGBTQ characters in kids’ cartoons.” That’s not a joke. Insider, an outlet that normally churns out throwaway articles on pop culture and current affairs, pulled out all the stops this week to give readers the lowdown on which beloved cartoon characters bat for the other team.

It’s actually a serious piece of investigative reporting. The team at Insider trawled through every single line of dialog in every episode of 70 cartoon series, and identified 259 “LGBTQ” or “Gender minority” characters. These characters were rated as either explicitly or implicitly LGBTQ, after child psychologists determined “what kids about 12 and under might recognize about LGBTQ culture and identities.”

The reporters then confirmed the characters’ sexualities, or lack thereof, with the shows’ creators and studios, and built a searchable database that lets curious readers filter the characters by 12 genders, eight disabilities (included in an LGBT database for some unknown reason), and 11 sexual orientations. For peak SJW value, the characters were sorted into two racial categories too: “White” and “POC.”

Did you know that ‘Puck’ from ‘Gargoyles’ is genderfluid and polysexual? Or that ‘Entrapta’ from ‘She-Ra and the Princesses of Power’ is an autistic, pansexual POC? Well, you do now. Thanks to the team at Insider, you’ll never forget that ‘Steven Universe’ is explicitly gender nonconforming, or that ‘Tory Raynes’ from ‘Superman: the Animated Series’ has no set sexual orientation, but is somehow still LGBT. 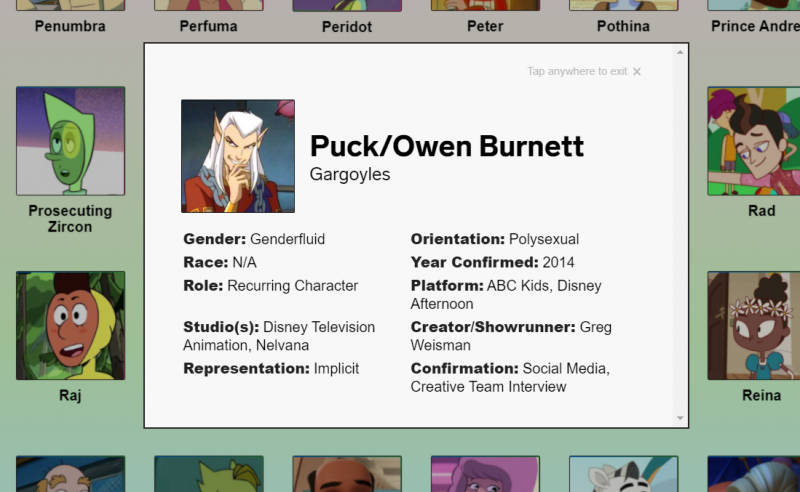 If these names don’t ring a bell, don’t worry. These aren’t the cartoon icons of yesteryear. Insider did promote the database by describing Bugs Bunny as LGBT, but his name is conspicuously absent from the database itself, leading some commenters to accuse Insider of peddling clickbait.

Insider has done the work, but why? What’s the point? Animators have long slotted gay characters and subtexts into their shows, to the delight of some adult viewers and the chagrin of conservative parents. SpongeBob SquarePants’ innuendos made the cartoon sea sponge a gay icon, but the idea of compiling a database of LGBT characters is something one would traditionally associate with the Christian right of old – the same conservatives who pushed for ‘Parental Advisory’ stickers on rock and rap records in the 1980s.

Insider’s database is like that, but in reverse. Instead of cautioning parents away from shows with homosexual themes, the database was put together “to bust the myth that kids can’t handle inclusion.”

Can’t they? The thing is, Insider noted that LGBT representation in cartoons only really exploded from around 2014 onwards. There were nine LGBT characters on kids’ TV in 2015, and 74 in 2019, the investigation found. The kids watching these shows in 2019 are still kids.

Regarding the age-old question of whether art imitates life or vice versa, it’s a reach to suggest that this increase will encourage more children to ‘come out’ in later years, but it’s imaginable. It’s also imaginable that these kids will rebel against the diversity and inclusion fed to them in cartoons and grow up to completely reject LBGT acceptance and woke ideology. In short, nobody really knows yet what the kids make of “inclusion.”

Whatever the conclusion, Insider reckons that “children’s animation is undergoing a massive shift in telling LGBTQ stories — and it doesn’t appear to be slowing down.” And, evidently, the reporters at Insider and its ilk will be putting their degrees and expertise to use outing every new character, whether the public asks for it or not.