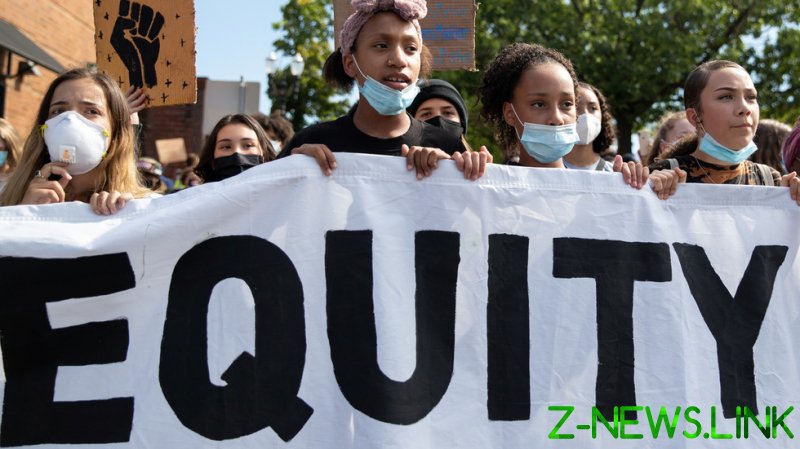 Idaho was the first state to ban public schools from promoting CRT last month, followed by Oklahoma. Similar proposals are currently being considered by state lawmakers in Texas and Tennessee.

One of the activists campaigning for the new laws is Christopher Rufo, the researcher whose revelations about the spread of CRT in the federal government prompted President Donald Trump to ban it last year. Rufo called the Idaho law a “historic win” in the fight against CRT, which he dubbed “state-sanctioned racism.”

Russ Vought, Trump’s former director of Office of Management and Budget (OMB), is involved in getting Tennessee to ban CRT.

Soon after noticing Rufo’s research, Vought was able to convince Trump to issue an executive order banning “race or sex stereotyping or scapegoating” in the US government or the military back in September 2020, over the protests of diversity consultants and social justice activists.

The order was among the first rescinded by the incoming Biden government in January, with the Democrat committing his administration to “equity” in all things instead. Though often mistaken for equality, CRT defines equity as treating different groups differently in order to achieve an equality of outcomes.

Even as Biden mandated extra “sensitivity” and diversity training for federal employees, however, activists critical of CRT have taken the fight to the state and local level. In addition to state laws banning it as racist, parents in a number of school districts have raised complaints with CRT material being taught to their children.

Rockwood, a school district in Missouri, apologized last week after a teacher was caught urging colleagues to continue teaching the social justice curriculum without telling parents. This past weekend, opponents of CRT swept away the local leadership and school board in Southlake, Texas – a suburb of Dallas – that had championed the doctrine.

Insofar as they have noticed the conflict, US media outlets have framed it as a battle between progressives and conservatives. The St. Louis Post-Dispatch, for example, reported on the Rockwood controversy as a matter of those who want to “counteract racism and build more equitable communities” clashing with people critical of “social justice and equity ideals” which they believe “amount to a Marxist takeover of schools.”

NBC News, meanwhile, framed its story on the Southlake race as “Opponents of anti-racism education win big in a bitterly divided election,” saying the victorious conservatives “rejected the school diversity plan” which only wanted to “make all children feel safe and welcome.”