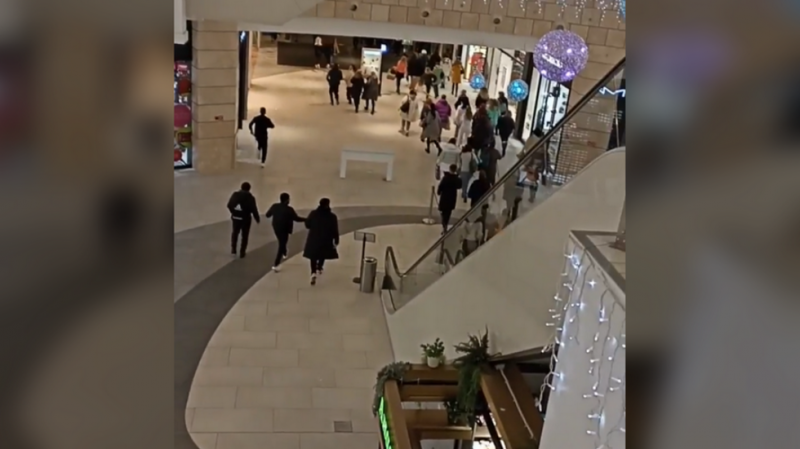 The booming trade ahead of New Year celebrations was disrupted at the Metropolis shopping mall, located in the northwest of Russia’s capital, on Sunday evening due to the dramatic shoplifting incident.

The bomb scare began when security of one of the mall’s outlets caught a suspected thief, who reportedly stole a bottle of perfume. The man was taken into a utility room and pressed into paying for the goods or getting the police called on him.

CCTV footage from the mall circulating online shows the suspect sitting on a sofa while surrounded by five men, daring them to call the cops. The man then produces an object, resembling a hand grenade from his pocket, sending his captors fleeing.

“What, you f**got? Go on, call [the cops],” the shoplifting grenadier can be heard saying as he casually walks out of the utility room.

Shortly after the dramatic escape of the suspect, the mall’s administration announced an evacuation. Scores of people were seen heading out of the mall onto the street.

The evacuation order was lifted soon after, with shoppers returning to the mall. The suspect apparently managed to flee alongside other evacuees, evading law enforcement. The man was apprehended by the police shortly after the incident, according to local media reports.