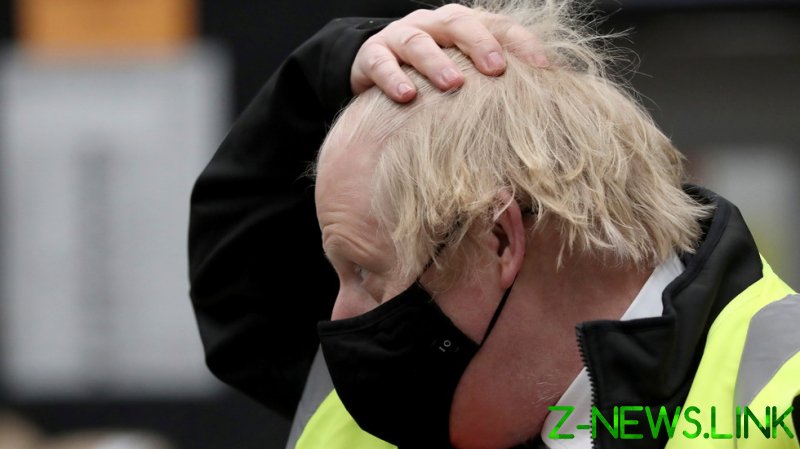 Over the last year we have had tiny fibs, little white lies, bold overstatement and downright blatant untruths from PM Boris Johnson as he’s wiggled and squirmed to avoid being blamed for delivering bad news.

His preferred domain was formerly Brexit, where we had our first taste of this aberrant behaviour, but ever since coronavirus hit it’s been denial after backtrack after U-turn as his version of events attempts to keep pace with reality.

A classic example will be when we’re all required by law to show a vaccine passport before ordering a pint of Old Peculiar or get a job. No one should be too surprised. After all, BoJo has pooh-poohed the very idea repeatedly, which means one thing – it’s going to happen.

Still, it must have been a head-in-the-hands moment for the UK government’s chief scientific officer, Sir Patrick Vallance, and England’s chief medical officer, Professor Chris Whitty, when the PM declared the Covid-19 vaccines which more than 30 million in the UK have received up to this point as not 100% effective and that’s why, over the Easter break, the government’s position is that it’s still verboten to meet indoors with friends or family even if you have all been vaccinated twice.

According to his Q&A video released this morning, “The vaccines are not giving 100% protection and that’s why we need to be cautious. We don’t think they entirely reduce or remove the risk of transmission.”

What does this say about the logic, but more concerning, what does this say about the vaccine and what we’ve been told for the last five months? Having tried so hard to develop, approve and roll out the biggest immunisation programme we’ve ever seen, the PM now undermines all that hard work so that the decision to deny granny a hug is due to circumstances beyond his control.

If it was up to him, well, of course things would be different.

It is a remarkable misstep on the most important issue we face so far in trying to beat Covid-19 and yet another instance of our woolly-haired PM displaying his chronic need to blame any bad news on circumstances elsewhere.

We only have ourselves to blame. Remember back in September 2019 he told us all “I’d rather be dead in a ditch,” than ask for an extension to a Brexit deadline of what was then October 31. That date soon became January 31, 2020, all the EU’s fault mind you. There were no ditches to be found.

Once the pandemic hit, things became a bit sticky. After initial freelancing from the PM which involved missing five Covid-management Cobra meetings in the run-up to the pandemic – and insisting on shaking hands with everybody before realising this made him a Covid-19 super-spreader – the declaration of “We need to follow the science” became the rationale behind every harsh decision that followed.

As lockdown took a grip, rather than look like the man who stole our freedoms he told us one white lie after another: we’ll all be back at work by August, social distancing rules will be relaxed by November and normality should return by Christmas. Needless to say, none of these happened.

What these unfounded claims demonstrate, however, is BoJo’s easy relationship with the truth – particularly when it hurts – and a refusal to accept that it’s his job to be the bearer of bad news. Apparently no one told him that responsibility comes with the front door keys to 10 Downing Street and Larry the cat.

While the PM may not bear any malicious intent to deliberately deceive people, the public cannot be blamed for keeping a dose of salt next to the remote each time he appears on television. They’ll need it.

For instance, in mid-February he told the press that he had no plans to introduce a requirement for pub-goers to hold vaccine passports. But just a month later, he’d flip-flopped on that idea and agreed he might indeed insist on “papers for pints”.

Here’s what to look for when BoJo’s on camera: his eyes start to flit back and forth, his hand taps the desktop as if he’s hammering out Chopsticks on a piano and his speech starts to go up and down like a dinghy full of migrants in the English Channel. These are his tells that whatever he says next might not, in fact, bear any relation to previously expressed views.

Next time the PM fronts up on YouTube or evening television to address the nation, listen out for any mention of ‘status certificates’ because that’s the signal you’ll need to start hunting for a nice portrait of yourself to add to your new vaccine passport.

It will be in the post any day soon.