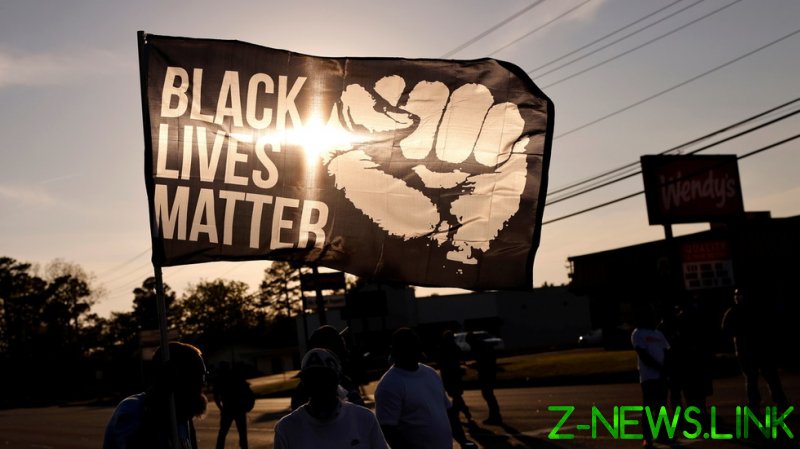 Black Lives Matter of Greater New York co-founder Chivona Newsome denounced the mayor’s Covid-19 vaccine passport as “modern day freedom papers,” comparing it to the documents freed slaves were forced to carry during the 19th century to prove their liberated status to authorities – who might seek to kidnap them and sell them back into slavery regardless.

The passports, which were announced last month and can be displayed using a smartphone app, “limit the free will of Black people,” Newsome told Fox News on Sunday, declaring “vaccination mandates infringe upon the civil liberties of the Black community.” Beyond merely restricting access to restaurants, entertainment, and other luxuries, Newsome pointed out, “it will result in loss of income” for black New Yorkers.

“As of Monday, September 27, Black health care workers and educators will lose their jobs,” she said.

De Blasio’s mandate is indeed set to take effect Monday, and several groups have protests planned to condemn the move – including Black Lives Matter, which Newsome has vowed will “demonstrate” until the mandate is “abolished.”

Newsome’s condemnation of the mayor didn’t stop at his vaccine mandate. The former 15th district congressional candidate accused de Blasio of failing “to protect New York’s most vulnerable” during the pandemic, charging him with cracking down on black New Yorkers who failed to social distance or wear masks while coddling their white counterparts. This was a betrayal of his political base, she pointed out, accusing de Blasio of disenfranchising and forcing “the very people who elected him into poverty and second-class citizenship.”

Some unions have managed to stall the imposition of the citywide mandate. Teachers were spared the mandatory jab as of Friday, when a judge for the Second US Circuit Court of Appeals granted a temporary injunction, but that challenge is temporary and will be reviewed on Wednesday. Principals across the city were advised via email to proceed as if the mandate would go forward as planned.

Some 148,000 teachers and other school staffers were required to receive their first jab by Monday under that mandate, which also covers hospital and nursing home workers. Healthcare professionals who refuse the jab will be placed on unpaid leave or even fired, depending on which hospital system employs them.

While the Centers for Disease Control and Prevention (CDC) has reported a narrowing of the racial vaccination gap, recent statistics compiled by the Kaiser Family Foundation showed black New Yorkers made up 14% of all those vaccinated as of September 20 – though they make up 16% of the state’s population and 21% of Covid-19-related deaths. The 2020 Census puts the black population even higher, at 17.6% of the state.

Earlier this month, Biden announced a nationwide vaccine mandate for all Americans working at companies with 100 or more employees, to be rolled out under the aegis of the Occupational Safety and Health Administration (OSHA). Violators will be fined as much as $14,000 per offense – though the mandate has yet to be publicly released – raising questions as to whether the administration can legally violate Americans’ bodily integrity without their consent.