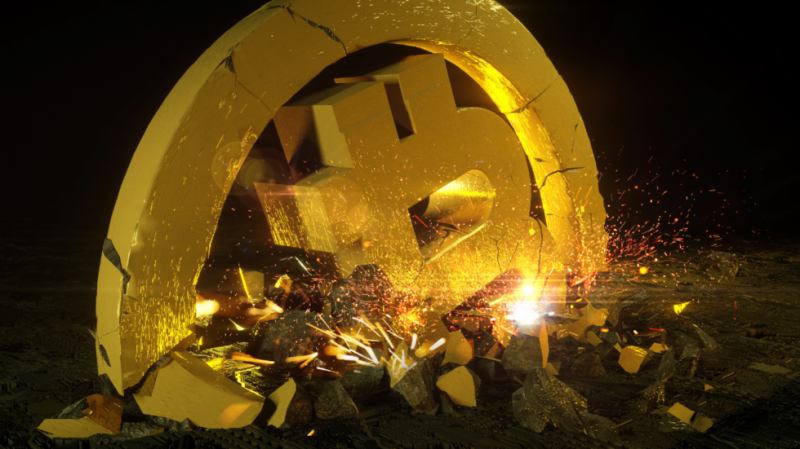 The digital asset lost as much as 10% during the day’s trading, falling to $43,692.57, according to Coin Metrics. Other cryptocurrencies were also in the red, with ether losing 9% to $3,038.74 and XRP becoming the worst performer, down 14% on Monday.

“This sell-off is the continuation of a well-established pattern where traders cash in their riskier assets to cover margin calls or sit on the sidelines until markets calm down and they feel more comfortable going back into riskier positions,” Leah Wald, CEO at crypto asset manager Valkyrie Investments, told CNBC. “If ever bitcoin had the opportunity to establish itself as a safe haven or as digital gold, with US companies also signaling their earnings calls are going to reveal poor results, now feels like the time.”

The decline of cryptocurrencies comes amid a broader sell-off in the global equity markets due to fears from the mounting problems at China’s embattled property giant Evergrande.

“Investors look to be taking risk off the table on fears that [a] crisis at China Evergrande Group may become a systemic problem to global markets,” Pankaj Balani, CEO of Delta Exchange, told CoinDesk. “Markets will also be looking at the Fed commentary later this week to make sure that there are no changes in liquidity from the central bank.”

Speculation that the US government may declare stablecoins as a risk to the financial system could be adding to uncertainty in the cryptocurrency market, experts say. The president’s Working Group on Financial Markets is currently advancing a report on stablecoins. The Fed is also expected to issue a report on central bank digital currencies this month that could touch on stablecoin risks.