Home / WORLD / Bill Gates’ Mr Burns-style attempt to dim the sun might not cool the planet, but it might well sell a few more copies of his book

Bill Gates’ Mr Burns-style attempt to dim the sun might not cool the planet, but it might well sell a few more copies of his book 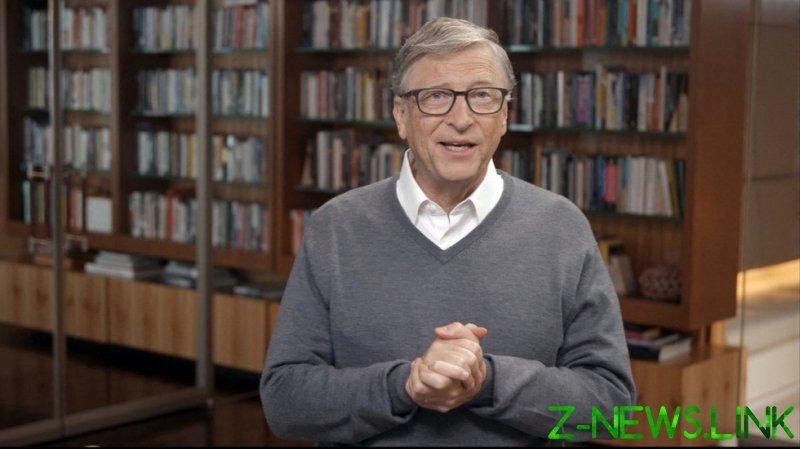 One of the big problems when it comes to the coronavirus pandemic is that it has taken a lot of the focus away from the favorite global problem that formerly occupied the attention of professional worry-warts: climate change and the imminent end of the world as we know it.

So, luckily, gazillionaire Bill Gates, the ‘evil genius’ of countless QAnon conspiracies, is involved in an experiment guaranteed to cause sleepless nights. It involves a balloon, a kilogram of chalk dust, and an attempt to dim the sun.

Like something straight out of the Charles Montgomery Burns playbook, Gates is one of a dozen individual donors and 14 foundations funding this summer’s release of a balloon to an altitude of 12 miles over the Swedish town of Kiruna. From there, it will release a trail of chalk particles – calcium carbonate, or CaCO3, as you’ll recall from the periodic table.

This experiment is a scaled-down version of the original plan flagged up a couple of years ago that would have seen thousands of high-altitude planes spraying millions of tons of particles to form a chemical cloud above the earth that would subsequently cool the planet’s surface. Goodbye, blue sky, as Pink Floyd would have it.

The problem with that idea was that no plane yet exists that can fly high enough, and there’s currently no viable method of dispensing the particles. So, back to the drawing board.

Having shelved that scheme – and the alternative of building a big sunshield, like Springfield’s malevolent overlord – Gates and his pals at the fiendishly named SCoPEx (Stratospheric Controlled Perturbation Experiment) are trying something on a smaller scale in an effort to determine whether they can deflect the sun’s energy and cool the Earth’s surface enough to offset the temperature increases attributed to greenhouse gases.

Now, hands up anyone who still likes that idea? While it sounds totally bonkers, a 2016 opinion poll conducted by Harvard University found 67 percent of respondents were in favour of solar geoengineering, largely because it was cheap, despite the fact that, by their own standards, it was also ‘imperfect’.

A study from the US’ Fourth National Climate Assessment calculated the annual cost of creating a cooling chemical cloud would be $2.25billion every year for the first 15 years. And after that? Well it’s back to square one, because more than likely everyone’s forgotten about greenhouse gases as there have been no noticeable effects from their rising levels for a decade and a half.

Another problem with meddling with nature is that no one knows how reducing the sun’s energy over one part of the planet will affect the climate in other parts. In a 2019 CNBC special, Professor Kate Ricke, of UC San Diego, said modelling suggested that if the process continued over time, then the weather in China would be hotter and drier, while India would experience wetter, cooler conditions.

And that raises some definite issues, because, as climate scientist Alan Robock, of Rutgers University, pointed out to CNBC, “We can’t even decide on emissions and greenhouse gases. How are we going to decide on setting the planetary thermostat?”

Imagine those rows you have at home over putting on the heating, but on an international scale: “Get your hands off that dial, Washington! Beijing’s getting hot and Mumbai’s feeling a chill!”

This is where the trickery comes in. Instead of smoke and mirrors, we have balloons and chalk dust. Because the very idea of turning down the heat on the sun, and the catastrophic potential of doing so, might be enough to make everyone stop, think and work a little harder on those emissions targets, which, of course, are the Holy Grail of climate science.

If we don’t hit those numbers, or at least make a solid effort, then there are plenty of folk, and not just Greta Thunberg, lining up with competing doomsday scenarios.

Rogue states unwilling or unable to curb their greenhouse gas emissions might even take matters into their own hands, according to Andy Parker, project director at the international Solar Radiation Management Governance Initiative.

He warned CNBC: “There’s the prospect that countries just go ahead and do solar geoengineering and that causes disagreement, conflict, tension even, possibly, war.”

Wow! War! If World War Three does erupt, there will no doubt be plenty of flat-earth 8chan-ers out there wanting to blame the conflict on Gates and his cabal of climate cronies for coming up with this madcap idea in the first place.

Maybe this is what billionaires do. Here we have one of the world’s richest men pushing his newly released book, conveniently titled ‘How to Avoid a Climate Disaster’, with the aid of a glorified $3million PR stunt over Sweden this summer, to test a radical technology that’s unlikely to ever get off the ground.

Monty Burns would be green with envy at such a cynical and fiendish plot.