Home / WORLD / Big Tech giants want to prove they are ‘American gods’. Anyone watching the watchers?

Big Tech giants want to prove they are ‘American gods’. Anyone watching the watchers? 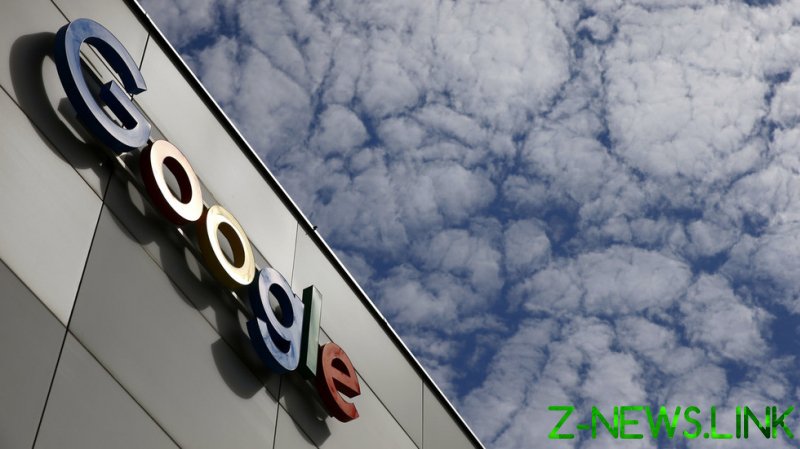 Apple and Google have commanded Parler, a social network used by conservatives, to police its users. In effect, what their warning issued to Parler means, ‘do as you are told or face digital annihilation!’.

Google suspended Parler from its Play Store, declaring that it will shut the network until it rigorously polices its app. Apple was reported to have followed suit giving Parler 24 hours to fall in line; otherwise it would be removed from Apple’s App Store.

Apple and Google’s declaration of war on Parler has serious implications. These two giant companies make operating systems that support nearly every smartphone in the world. That means that if Apple shuts Parler out of its App Store, people would not be able to download the app on their iPhones or iPads.

The timing of the edict issued by the masters of Silicon Valley is not a coincidence. Parler is one of the fastest growing apps on the internet. Millions of conservatives fed up with the censorious behavior of Twitter and Facebook have been attracted to this social network. In the aftermath of President Trump being forced off Facebook and Twitter, it was expected that millions of his supporters would turn to Parler to freely express their convictions.

Big Tech censorship is nothing new. In recent years, social-media companies – once reluctant to be drawn into becoming official censors and arbiters of truth – have increasingly clamped down on what they deem to be hate speech or misinformation.

Since the beginning of the pandemic Big Tech companies have behaved as if they are digital gods. These powerful unaccountable billionaires have issued one Papal Bull after another. Facebook has used the pandemic to expand its policing of what can be posted. Initially it stated that it would continue to remove “misinformation that could contribute to imminent physical harm,” while deploying its army of fact-checkers to flag certain posts, depress their distribution, and direct sharers of such material to ‘reliable’ information. A few weeks later in April, 2020 it was reported that it was removing event posts for anti-lockdown gatherings.

Early on in the pandemic Susan Wojcicki, the CEO of YouTube, declared that she saw their role as the arbiter of truth on the coronavirus. She stated that anything that contradicted the recommendations of the WHO would be removed from her platform.

That Big Tech sees itself as a veritable global power that stands above elected governments was strikingly illustrated by Facebook CEO Mark Zuckerberg, when he announced that Trump’s page would be closed down, at the very least, for the rest of his presidency. A day later, Twitter followed suit and suspended Trump’s account permanently. This humiliation of the American president indicates that a handful of billionaire capitalists now get to decide who can have a voice in the digital public square.

Big Tech companies censoring their own platforms is bad enough. However, when they take it upon themselves to determine how another independent social network must police itself, they have in effect assumed a tyrannical role over the entire internet. Their declaration of war on Parler, indicates that they see themselves as not simply private companies but as global institutions that can wield political and policing power over the digital world.

It is likely that Parler will be forced to cave in and accept the terms imposed on it by Apple and Google. John Matze, Parler’s CEO, has gone on record to state that he believes that “we can retain our values and make Apple happy quickly.” If Parler is forced to fall in line with the edict issued by Big Tech then it will constitute the greatest blow struck against internet freedom so far.

Despite its rhetoric of supporting diversity, Big Tech is distinctly opposed to the diversity of opinion. As recent events show they intend to turn the digital world into an entirely homogeneous system, where the only values that can be freely expressed are those of Silicon Valley and Hollywood.

Restoring the freedom to express whatever view you want to put forward on the internet is one of the most important challenges confronting genuine democrats.