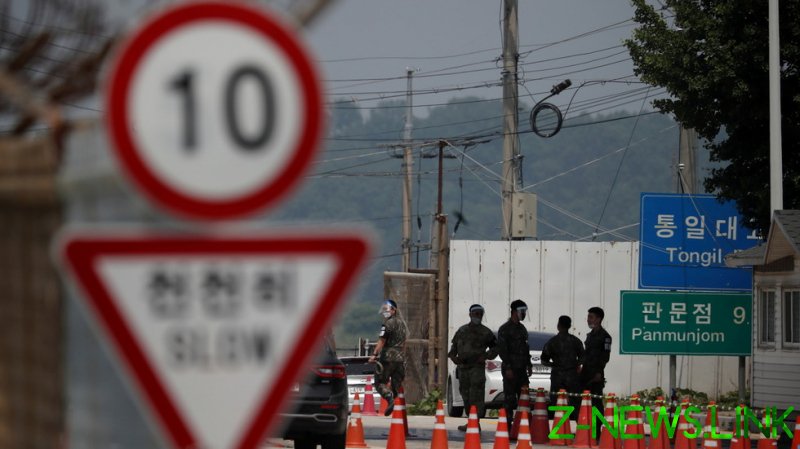 “The South and the North agreed to restore the communication line between the South and the North that had been cut off,” the president’s office said in a statement, noting the channel was restored at 10am local time while predicting it would have a “positive effect” for the two countries.

Seoul said that the revival of the communication channel was long in the works, noting that South Korean President Moon Jae-in and North Korean leader Kim Jong-un have been discussing the possibility in a series of personal letters since spring.

Pyongyang, meanwhile, said it hoped the move would help to resolve the “state of frustration and stagnation” with Seoul “as soon as possible.”

“The leaders of the north and the south agreed to take a big step toward restoring mutual trust and promoting reconciliation by restoring the disconnected inter-Korean communication channels through personal letters exchanged several times recently,” the official news agency said.

The north cut the comms channel in June 2020 over complaints that the south was not doing enough to stop activists from sending anti-government leaflets over the border, also destroying an inter-Korean liaison office set up near the demilitarized zone in retaliation.