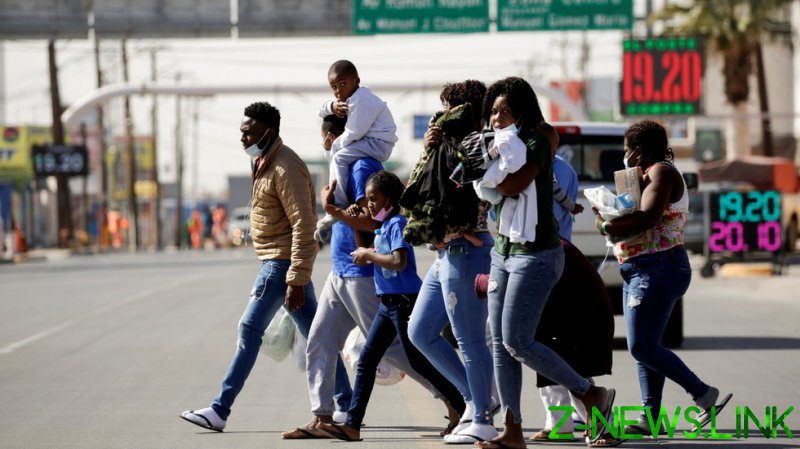 At Monday’s press briefing, White House press secretary Jen Psaki said that “national security threats” would be the focus of ICE going forward, and noted that the Department of Homeland Security has “a confirmed secretary now.”

The Senate approved Alejandro Mayorkas as the “first Latino and immigrant” Homeland Security secretary, in a 56-43 vote last week. The guidelines emailed by Johnson are reportedly awaiting his approval before going into effect.

ICE agents who want to arrest fugitives – immigration violators who are not in prison or jail – would need to obtain approval from the ICE director in Washington, DC personally and justify the action as “an appropriate allocation of limited resources,” according to a draft memo also cited by the Post.

“They’ve abolished ICE without abolishing ICE,” the paper quoted one anonymous ICE official. “The pendulum swing is so extreme. It literally feels like we’ve gone from the ability to fully enforce our immigration laws to now being told to enforce nothing.”

Progressive Democrats have advocated for abolishing ICE during the Trump administration, arguing that the agency is “racist.” Biden has denied wanting to abolish the agency, but said he wants to “reform” immigration and address its “root causes” such as poverty, climate change and lack of racial “equity.”

Anyone who is in the US illegally remains subject to arrest, ICE said in an official statement over the weekend, adding the agency has “unlimited discretion” to evaluate any conduct as a threat to public safety.

“The commission of an aggravated felony is the most conclusive proof of a public safety threat,” ICE spokeswoman Jenny Burke said.

According to the Johnson emails, those offenses include murder, rape, child abuse and major drug offenses, as well as “institutional record” of violent behavior or “well-documented” gang affiliations. However, felonies committed more than 10 years ago, gang tattoos or “loose affiliation” will not be considered enough.

House Republicans released a report Monday blasting the Biden administration’s “radical approach” to immigration that encourages illegal border crossings and trafficking of children, among other things.

Emails obtained by the Post also shows that ICE canceled a nationwide round-up of deportable sex offenders, codenamed Operation Talon, as well as a deportation flight to Africa.

Activists had emailed political appointees at the White House and DHS, asking them to intervene so the deportees could have more time to plead humanitarian cases in immigration courts and protesting the flight to “majority-Black countries” was happening during Black History Month.

“Within hours,” the Post reported, Johnson had called off the flight.

An attempt by DHS to halt all deportations for 100 days was derailed by a federal judge in late January, after Texas sued over “imminent and irreparable harm” that would have caused, echoing the tactics of Democrat-run states and activists during the Trump administration.