Home / WORLD / Biden’s press conference is a Big Yawn, and it’s loyal media to be blamed for this sycophantic display of verbal boot-licking

Biden’s press conference is a Big Yawn, and it’s loyal media to be blamed for this sycophantic display of verbal boot-licking 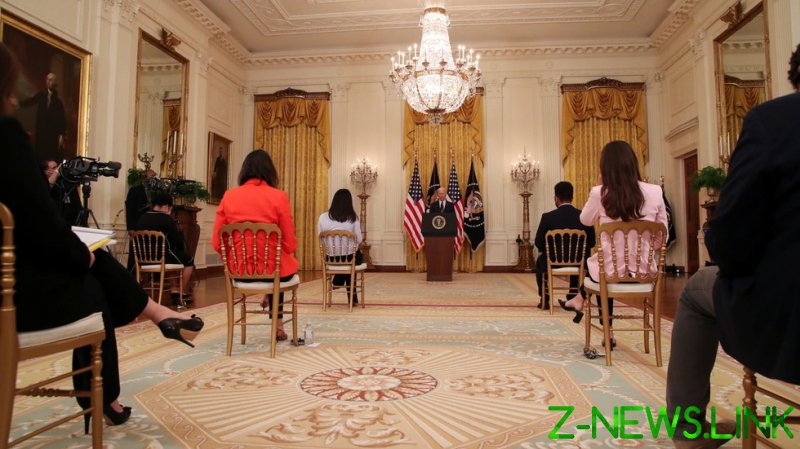 The legend of the founding of the White House Press Corps holds that the 26th president of the United States, Theodore Roosevelt, was out wandering the White House grounds when he stumbled upon a group of reporters standing in the rain, waiting for their sources to feed them newsworthy information. Roosevelt invited them inside and took some questions. In the 100-plus years since, every one of the presidents that followed held a formal press conference shortly after taking office – an act of alleged transparency which became enshrined as de rigueur by the ever-changing ranks of the institution that has become the White House press corps.

Hours after President Biden was sworn in as the nation’s 46th commander in chief, Jen Psaki, the White House press secretary, met with the press corps and pointedly announced that she and Biden wanted to bring “truth and transparency back to the briefing room.”

More than two months after Psaki made this statement, Joe Biden had yet to appear before the journalists to be on the receiving end of the kind of questioning storied reporters such as Helen Thomas, the famous “Dean of the White House Press Corps,” who passed away in 2013, believed strengthened the American democratic experiment by holding the American president to account for his words and deeds. The White House came under vicious attack by those media pundits who were already inclined to speak disparagingly of him, fanning the flames of a conspiracy that held the octogenarian president was so enfeebled by dementia that his handlers could not trust him to function in the give-and-take adversarial climate of a formal press briefing.

Finally, on the 64th day of his presidency, Biden convened his inaugural White House press briefing. This event was announced some nine days prior with great fanfare, creating a host of expectations that set the briefing up to be either the tragic manifestation of the dangers of electing the elderly into positions of great stress and responsibility, or the second coming of Jesus Christ, with Biden emerging as the living embodiment of American vigor and vitality, deftly swatting aside. It was neither. The president performed as well as one would expect of a man of his years, showing flashes of sharp mental acuity tempered with brief periods of confusion.

Biden has never been a man who could speak extemporaneously without generating one or more notable gaffes, so the fact that he spent a little more than an hour answering questions without putting his foot too deep into his mouth was a victory of sorts. His policy pronouncements were thin on details and full of the kind of “America is back” bluster that Biden is known for. While some headlines were generated – America will remain in Afghanistan for now, Biden may seek a second term, and his administration plans on administering 200 million Covid shots by the end of its first 100 days – anyone who treats this event as a legitimate press conference is engaging in an act of self-delusion.

There were no “tough questions.” Controversial topics such as Biden’s calling Putin a “killer”, the state of affairs with Iran, and Russia, and the rise in gun violence here in America, were not addressed at all. Biden was thrown a series of softball questions about the deteriorating situation on the US southern border, where a crisis regarding illegal immigrants is boiling over, and he was given plenty of space to articulate his position on China, infrastructure, the filibuster, and other “issues of the day.”

But there was no serious effort at follow-through on the part of the reporters. This might be because the president was working from a list of carefully vetted journalists whom he called out by name, avoiding any questions from anyone who might be deemed as being ideologically opposed. Given the fact that some 72 million Americans voted against Biden, the obvious ideological filters put in place by the White House to screen out potential sources of controversy do not bode well for either transparency or accountability.

The bottom line is that while the Biden press conference was billed as some sort of big showdown with the media, it came off as little more than a big yawn. Biden is not the first, nor will he be the last, president to stage a carefully managed press briefing. The same can be said for his avoidance of difficult and challenging issues.

The problem here is not the president – Americans have come to expect this kind of highly politicized posturing on the part of their elected officials – but the White House press corps, which substituted a history of holding elected power to account in the name of transparency for a sycophantic display of verbal boot-licking that served neither the American public, the American media establishment, nor ultimately the White House. If this press conference provides a template for future iterations, the American people would be better off without.