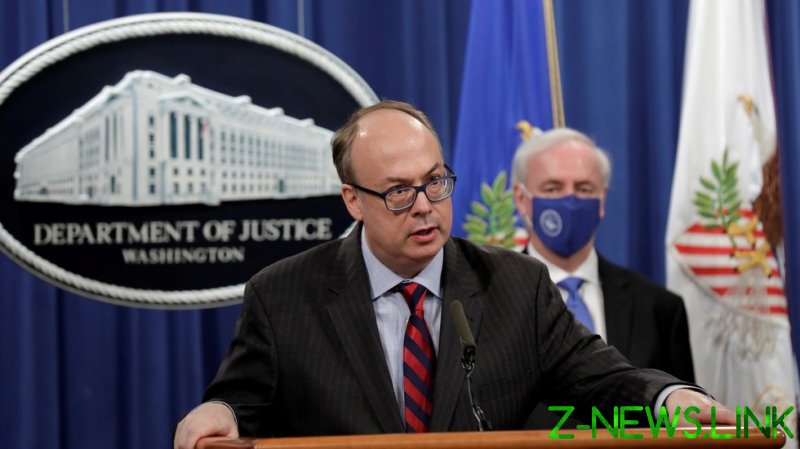 The investigation, announced by Inspector General Michael Horowitz on Monday, will be limited to current or former employees of the DOJ. Horowitz said he aims to “reassure the public that an appropriate agency is investigating the allegations.”

Former President Donald Trump has been accused of trying to get the DOJ to take legal action to help overturn Biden’s victory, based on his allegations of massive election fraud, but any appeal for help was apparently unsuccessful. In fact, ABC News host George Stephanopoulos and other media figures have cited a DOJ statement that there was no evidence of widespread election fraud as a talking point in their efforts to dismiss Trump’s allegations as preposterous.

“The Department of Justice, led by William Barr, said there was no widespread evidence of fraud,” Stephanopoulos said Sunday in an interview with Senator Rand Paul (R-Kentucky). “Can’t you just say the words, ‘This election was not stolen.’”

The New York Times said on Friday that DOJ lawyer Jeffrey Clark plotted with Trump to oust acting Attorney General Jeffrey Rosen and try to force Georgia lawmakers to overturn the state’s election results. Like a steady stream of other anti-Trump articles by the newspaper, the story was based on comments by officials who declined to be identified.

The investigation marks the latest inquiry by the new Biden-led government into alleged wrongdoing by the Trump administration. The House this month voted to impeach Trump for a second time, and the Senate will hold a trial seeking to convict the former president even as it juggles with confirmation hearings and trying to push through Biden’s legislative agenda.

The DOJ not only declined to launch the sort of comprehensive election fraud investigation that Trump sought, but also chose to keep probes involving Biden’s son, Hunter Biden, from public view until after the election.