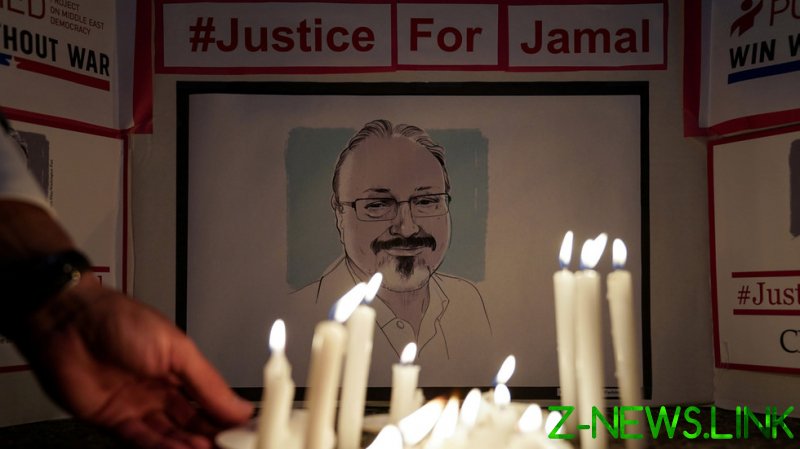 While his government released the report, President Joe Biden failed to reprimand the crown prince, apparently to maintain relations between the two countries. In essence, Biden has acquiesced to Saudi Arabia’s position it is just too important to be messed with.

For starters, there is already a standard for this case. In 2018, the US applied sanctions, including asset freezes and travel bans, on 17 individuals linked to Khashoggi’s murder.

At the very least, you might expect the same standards should apply to MBS. However, Biden instead has sent a clear message that America’s position on human rights is fundamentally politicized.

Agnes Callamard, special rapporteur on summary executions, who led a UN investigation into Khashoggi’s 2018 murder, was scathing about the decision not to hold MBS accountable when she spoke to reporters in Geneva on Monday.

“It is extremely problematic, in my view, if not dangerous, to acknowledge someone’s culpability and then to tell that someone ‘but we won’t do anything, please proceed as if we have said nothing,’” she said. “That to me is an extremely dangerous move on the part of the USA.”

Khashoggi was kidnapped in the Saudi Arabian embassy in Istanbul, Turkey on October 2, 2018 and strangled to death before being chopped to pieces.

According to the report, MBS basically arranged for a US resident – a prominent journalist no less – to be kidnapped in broad daylight in a foreign country and then murdered. At first, Saudi Arabia officially denied this took place, but then a Riyadh court sentenced eight people tied to the killing to prison. MBS, obviously, was not one of them.

The hubris in this act is astounding, and one can only speculate how Biden’s failure to pursue punishment might cause MBS to act in future. Let’s not forget his resumé either. There was the alleged kidnapping of Lebanon’s prime minister in 2017, and the regional blockade of Qatar that same year, which he apparently oversaw. MBS is also claimed to be one of the main architects of the Saudi bombing campaign in Yemen, the worst humanitarian disaster on the planet. There was even the suggestion he tried to intimidate  Amazon’s Jeff Bezos, who is also the owner of the Washington Post, by hacking his phone.

Biden’s predecessor, former President Donald Trump, was criticized for his unusually tight relationship to the monarchy. Trump’s first foreign trip as president was to Saudi Arabia during the 2017 Riyadh summit, where he signed the largest arms deal in history – a $350 billion smorgasbord of tanks, combat ships, missile defense systems, as well as radar, communications and cybersecurity technology.

Trump saw this deal and partnership as an opportunity to counterbalance what he saw as a growing Iranian threat in West Asia. To ensure that this strategic relationship went smoothly, Trump had to, among other things, try to separate MBS from the Khashoggi killing.

In contrast, Biden appeared unequivocal on the campaign trail, saying, “I would make it very clear we were not going to, in fact, sell more weapons to them, we were going to make them pay the price and make them the pariah that they are.”

Since taking office, he has indeed banned billions of dollars in arms shipments to Saudi Arabia because of its bombardment of Yemen and moved to penalize even more Saudis over the killing of Khashoggi. But if Biden would like to differentiate himself from Trump, as he has said repeatedly and specifically in the context of US-Saudi relations, letting MBS off the hook is obviously not the way to do that.

That he has avoided punishment mainly leans on the fact that Saudi Arabia, under his effective leadership, has shaped itself as an indispensable US ally, an ally against Iran, an implicit backer of Israel, a valuable trade partner and a powerhouse in the international oil market.

With this in mind, Saudi officials are hinting that they have the leverage and may choose to diversify their relations outside of Washington if US-Saudi relations are seriously shaken up.

The fact of the matter is that it’s precisely because Washington backs Riyadh that MBS and the kingdom writ large are able to seemingly do as they please. After all, the kingdom’s currency is pegged to the US dollar; it primarily uses US-made military equipment and many of its officers received training from America; and its business elite is largely US trained and educated.

Clearly, in the eyes of Washington, violations of human rights can be brushed off as long as you provide diplomatic support to US-approved countries, host US military bases, buy billions of dollars worth of US weapons and allow market access to US companies. A “pariah”? Hardly.