Home / WORLD / Biden’s backing for waiving Covid vaccine patents is a great step, but there are some big reasons why it won’t be a gamechanger

Biden’s backing for waiving Covid vaccine patents is a great step, but there are some big reasons why it won’t be a gamechanger 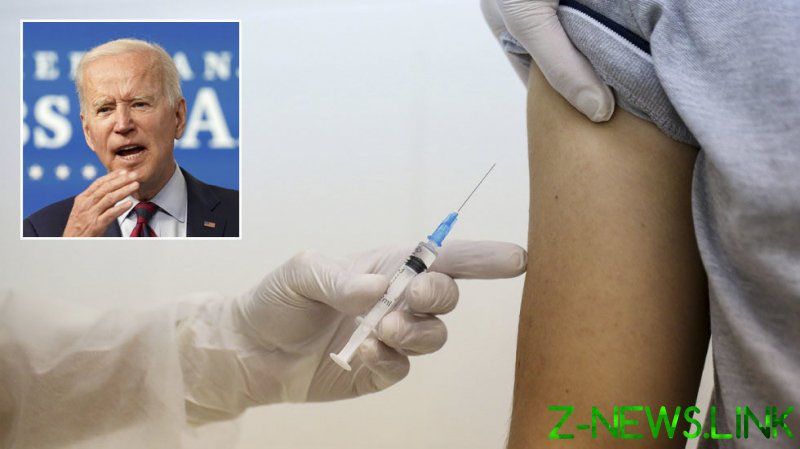 Can you imagine a world where every single country possible had access to producing Covid-19 vaccines, and there was not such a troublesome thing called “intellectual property” which puts profit and Big Pharma revenues before human need and well-being? If this utopian vision was so easy to put into place, then wouldn’t the misery of this pandemic be put to bed much more quickly and we could welcome the world back to normality again?

Well, on Wednesday, that’s seemingly what Joe Biden’s administration proposed. On behalf of the White House, US trade representative Katherine Tai announced that America would be backing a World Trade Organization (WTO) proposal, initially launched by India and South Africa, that relaxes restrictions on the patents of Covid-19 vaccines and allowed poorer countries access to their knowhow, describing it as “extraordinary times require extraordinary measures.”

Not surprisingly, the idea, even if only set out in principle, was widely lauded by all (except worried Big Pharma firms, naturally). It marks an apparent U-turn in the long held “America First” approach to vaccines by Washington, whereby the White House embargoed exports of doses overseas to focus on its own population. With America’s vaccination drive having been successful, and with the crisis in India creating a void in the global vaccine supply and compounding problems in other countries, Biden has deduced that it was finally the right time to change course. The US had no excuse.

Few can oppose the idea in principle, but nonetheless there is an element of public relations and realism to this that will make the eventual result markedly less grand than promised, as well as slower than it should be. This will be a long fight, one which will pitch the president rightfully against the aggrandized anger of the big pharmaceutical corporations, not just at home, but abroad too.

This WTO proposal is one that has in fact been blocked 10 times, and not just by the United States, but also the entirety of the West too. This is a step forward, but for those who think this will push the assistance of countries such as China and Russia out of the race, they’re very much wrong.

So far, all the Biden administration has committed to do is to back discussions on this at the WTO. This is a gamechanger, but it does not change the process of longstanding negotiations that will come with it. An analysis from Reuters claims that a finalized agreement on the matter may take as long as November to December to conclude and is “also likely to result in a waiver that is significantly narrower in scope and shorter in duration.” Biden supports a “temporary” loaning of these patents, he doesn’t pledge to simply make it a free for all entirely. This is a makeshift solution, which is also a long time away – so what about countries who need vaccines now?

And then there’s the lobbying part. This is where things get sticky. By making such an ambitious pledge, Biden has, in rhetoric, proposed something radical. However, good intentions within American politics have always faced many obstacles. The White House faces an inevitable army of lobbyists from Big Pharma firms who want to preserve their profits and ensure this move does not leave them out of pocket. There’s a lot at stake for them: Pfizer, for example, made $3.5 billion in revenue from its vaccine in just the first three months of 2021, equating to around $900 million in profit.

As Reuters notes: “US companies, which strive to influence the USTR’s trade negotiations, are already mobilizing to try to ensure the WTO talks lead to a waiver that’s as narrowly targeted as possible.” This will reduce the eventual outcome to a favorable, but watered-down compromise.

And then, the America First angle may also come back to bite. Already, some figures are mobilizing narratives claiming that trading away IP rights “enables China and Russia” to “steal” these ideas and “take away American jobs.” Of course, this means the US won’t just be handing out vaccine patents to anyone who wants them, it will likely be a reduced form of licensing.

Once we get to this, there are more questions. Who will produce them? Who will build the facilities, infrastructure and supply chains needed to transport them? Who will pay for the materials? These are costs which run into the billions of dollars, and while the US is likely to fund some of this, it means the entire thing is going to take time, which many countries don’t have.

China for one, already built an entire Covid-19 “cold supply chain” geared at the Middle East and Africa last year and has licensed the joint production of its vaccines in Argentina, Egypt, Pakistan, Serbia, the United Arab Emirates, so arguably it’s already three steps ahead of something America is only pledging to do now.

While it is to be hoped that Biden’s proposal will be enough to deliver a “knockout blow” to Covid-19 and ensure the eventual end of the pandemic, the devil ultimately lies in the details. Pledges are all well and good, but substance must match the style.