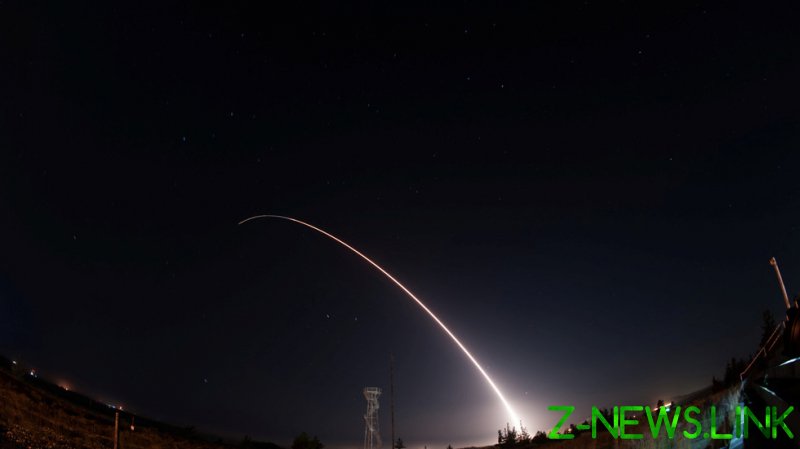 The National Security Council is holding a series of inter-agency meetings this month regarding changes to the US’ “nuclear posture,” according to the Washington Post. Unnamed officials told the paper a new nuclear policy would be announced in early 2022.

President Joe Biden is said to be in favor of the revision, which would narrow the circumstances in which the US would use nuclear weapons. If ratified, they would be used only to deter a direct attack or retaliate after a strike. During his campaign for the presidency in 2020, Biden expressed his support for a ‘sole purpose’ declaration and pledged to put it into practice.

Near the end of his stint as vice-president in 2017, Biden commented that it would be “hard to envision a plausible scenario” in which the first use of nuclear weapons by the US would either “be necessary” or “make sense.”

Although the Obama administration flirted with making that declaration, it did not ultimately do so, while, in 2018, the Trump administration rejected both the ‘sole purpose’ and ‘no first use’ doctrines. Under the latter policy, the US would pledge not to preemptively use nuclear weapons in a conflict.

While progressive politicians and non-proliferation advocates have urged Biden to declare an explicit ‘no first use’ policy, he hasn’t indicated that he supports any such promise. Meanwhile, Republican lawmakers and key US allies alike have warned against making any modifications that would remove decades of intentional ambiguity over the country’s threshold for nuclear weapons use.

“[The] ‘sole purpose’ nuclear policy is just ‘no first use’ by another name, and to even consider adopting either is a complete betrayal of our allies,” James Risch (R-Idaho), the most senior GOP member of the Senate Foreign Relations Committee, told the Financial Times. Writing in Defense News, he noted that such policy changes “scare our friends, encourage our adversaries, and damage the very nonproliferation goals it claims to advance.”

The questionnaire on amending US nuclear policy the White House sent to allies earlier this year received an “overwhelmingly negative” response, according to the Financial Times, with an unnamed European official saying any changes would be a “huge gift to Russia and China.”

The proposed new policy would be “soul crushing” to allies and partners, another unnamed source told the paper, adding that there was “genuine concern” over how much more allies “can take,” after the US’ chaotic withdrawal from Afghanistan and issues concerning the Nord Stream 2 Russia-Germany gas pipeline.

Last month, Russian President Vladimir Putin reiterated that Washington’s decision, back in 2019, to pull out of a Cold War-era nuclear weapons deal could lead to escalating tensions and spark a “new arms race.” Asked about nuclear weapons, he said the threat of mutual destruction remained.

Earlier this year, Putin signed a decree approving Russia’s policy of keeping nuclear weapons at a “sufficient level to ensure deterrence” so as to guarantee the “sovereignty and territorial integrity of the state.” It said Moscow viewed nuclear weapons as “a means of deterrence” and that their use would be an “extreme forced measure.”