Biden pledges not to send American military to Ukraine 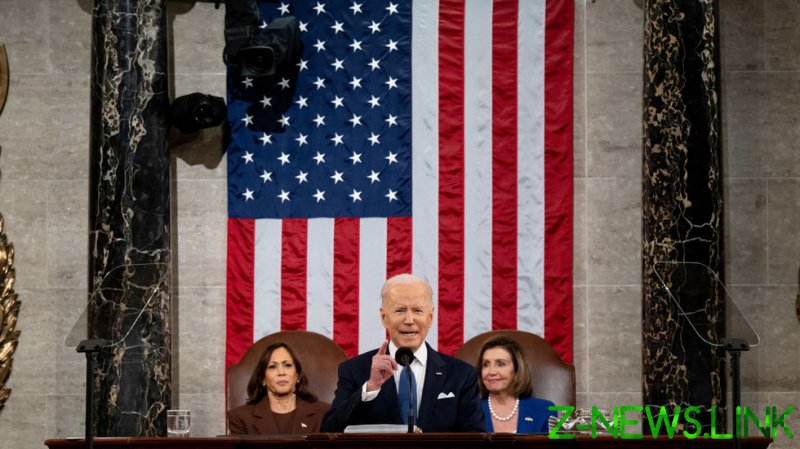 President Joe Biden has assured American lawmakers that US military personnel will not be taking part in the war in Ukraine, and not a single service member will be sent to the Eastern European country to fight the Russian Army. Delivering his State of the Union address to Congress on Tuesday, Biden stressed that the US “forces are not engaged and will not engage in the conflict with Russian forces in Ukraine.”

However, according to the US leader, American troops, air squadrons and warships are being deployed elsewhere on the continent in order to “defend our NATO allies in the event that Putin decides to keep moving west.” Biden named Poland, Romania, Latvia, Lithuania, and Estonia as the countries where the US military presence was being beefed up.

The American president went on to warn Moscow that, in keeping with NATO’s Article 5 principle, Washington would come to its NATO allies’ rescue should Russia target them, adding that the military bloc was prepared to “defend every inch of territory of NATO countries with the full force of our collective power.”

While it’s not sending troops to Ukraine, the US will provide the Eastern European country with “more than $1 billion in direct assistance,” which is expected to come in the form of military, economic, and humanitarian aid, Biden revealed.

He also tried to allay Americans’ concerns over the Ukrainian crisis, reassuring them that the US is “going to be OK.”

According to the US president, the current military conflict will eventually leave “Russia weaker and the rest of the world stronger.”

Speaking of his Russian counterpart, Biden claimed that “Putin is now isolated from the world more than he has ever been” – a remark which members of Congress met with applause.

Since February 24, when Moscow launched its military offensive in Ukraine, the US along with its allies in Europe and Asia have slapped unprecedented sanctions on Russia, targeting, among other things, its central bank’s assets, major commercial banks, and the country’s leadership. Over 35 countries, including the US, Canada and the whole of the EU, have since closed their airspace to Russian planes.

Explaining the need for military intervention in the neighboring country, President Putin argued that Ukraine had to be “demilitarized and denazified.” He also cited the need to protect the Russian-speaking population of the Donbass republics. Ukraine and its Western allies insist that this is merely being used as a pretext to invade a sovereign state, and to install a pro-Russian puppet government in Kiev.