Home / WORLD / Biden ‘not sure’ if Russia is behind recent cyberattack: ‘I told Putin we will respond’ (VIDEO)

Biden ‘not sure’ if Russia is behind recent cyberattack: ‘I told Putin we will respond’ (VIDEO) 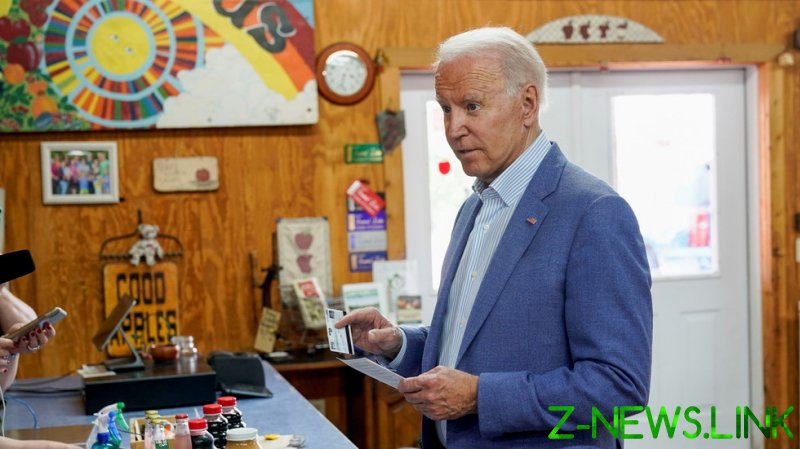 While visiting a cherry store in Michigan on Saturday, Biden was asked about the recent cyberattack and whether it could have Russian origins.

“We’re not sure it’s the Russians,” Biden said, adding that he had just been briefed on the plan. After stumbling for a moment, Biden reached into his jacket pocket and pulled out a piece of paper that appeared to be notes he was given.

“I’ll tell you what they sent me,” the president said, emphasizing they are not “certain” who is behind the attack.

“I directed the intelligence community to give me a deep dive on what’s happened, and I’ll know better tomorrow, and if it is either knowledge of and/or consequences of Russia, I told Putin we will respond,” Biden said, clarifying afterwards that he hasn’t spoken directly to Russian President Vladimir Putin about the latest cyber issues.

The US Cybersecurity and Infrastructure Security Agency (CISA) announced on Friday they are working with the FBI and “taking action to understand and address the recent supply-chain ransomware attack against Kaseya,” an IT management platform. This was following a ransomware attack that affected hundreds of businesses.

During a recent summit with Putin, Biden reportedly threatened repercussions if there were cyberattacks on any US infrastructure.

The Russia-based hacking group REvil – which was blamed by the FBI for the ransomware attack on JBS, a Brazilian-based meat-packing conglomerate that paid millions to the hackers – has been pointed to by security experts as likely being behind the recent ransomware attack.