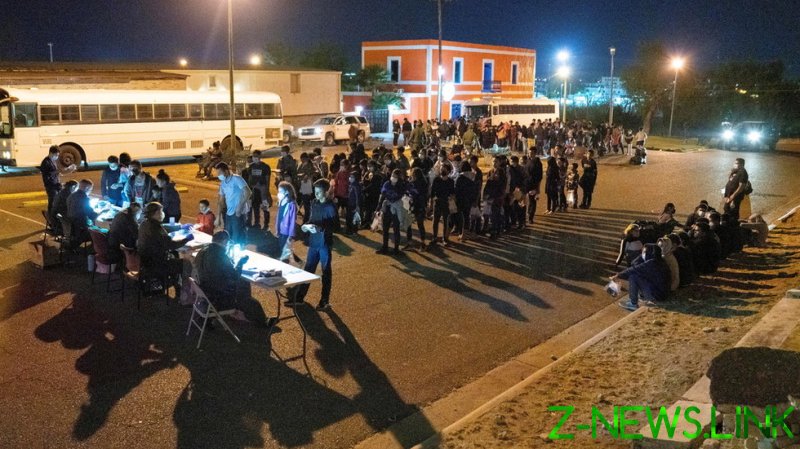 Expulsions under the “Remain in Mexico” program will resume as early as next week, media outlet Axios reported on Wednesday, citing unidentified government officials. Migrants will be forced to wait in Mexico while waiting months or years for immigration court hearings to determine whether they will be granted asylum in the US.

The move is contrary to a campaign promise by Biden, as “Remain in Mexico” was among the Trump-era border policies that the new administration has condemned as “cruel,” but a federal judge ruled in August that the government must reinstate the program. Trump implemented the policy, officially known as the Migrant Protection Protocols (MPP), in 2019 to help reduce migrant flows.

Axios noted that Biden will tweak MPP by offering Covid-19 vaccinations to all adult migrants who are sent back to Mexico under the program. All affected asylum seekers will be offered the free jabs, but none will be required to take them, according to the report.

Even as the administration prepares to comply with the court order, it’s taking steps to again cancel MPP. US Homeland Security Secretary Alejandro Mayorkas last month issued a new memorandum scrapping the policy in hopes that unlike an earlier order, it will pass legal muster.

Despite the fact that the administration is apparently complying with the court order begrudgingly, activist groups have criticized Biden for failing to keep his pledge to treat migrants more humanely. “Trump 2.0 policies at the border are a recipe for continued cruelty, disorder and violations of refugee law,” Human Rights First senior director Eleanor Acer said in October. “The Biden administration must honor its promise to terminate this horrific program.”

US Senator Ted Cruz (R-Texas) last week accused Mayorkas of “slow-walking and refusing to comply” with the court order on MPP. Mayorkas replied that the administration is implementing the order “in good faith” and can’t reinstate the program without negotiating an agreement ensuring cooperation by Mexico’s government.

With Biden weakening enforcement efforts at the border, Cruz said, illegal border crossings have surged to a 61-year high in 2021 after plunging to a 45-year low under Trump in 2020.