Home / WORLD / Biden is hosting a Quad summit to counter the influence of Beijing. How might China respond to being left out in the cold?

Biden is hosting a Quad summit to counter the influence of Beijing. How might China respond to being left out in the cold? 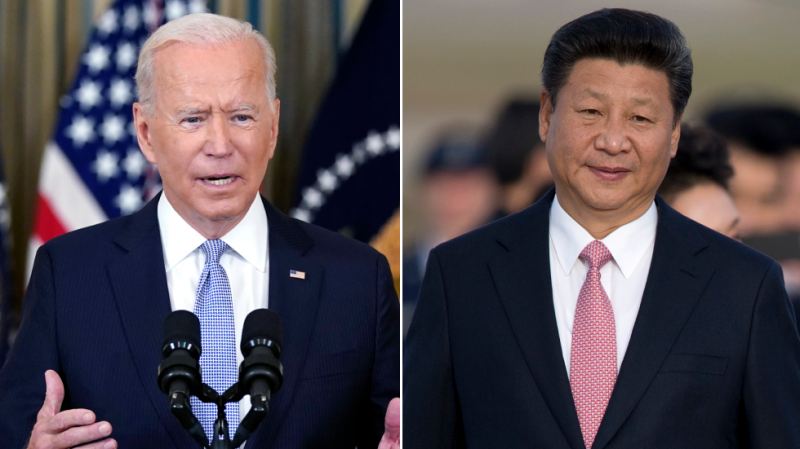 The group of four nations is, in all but name, a strategic anti-China pact set up to counter Beijing’s influence over the region, and the foundation stone of the so-called “Indo-Pacific strategy”. That strategy includes not only military co-operation, but also an array of joint initiatives on investment, infrastructure, technology and vaccines. In short, the Quad is pitching itself as an “alternative” to the all-powerful ‘Chinese Dragon’.

Its inaugural face-to-face meeting comes shortly after the announcement of the AUKUS (Australia, UK, US) submarine deal, by which Australia will build nuclear-powered submarines for the first time, using technology provided by the US. Having them stationed in the Indo-Pacific is critical to American influence in the region, but China has cried foul, accusing the trilateral bloc of intensifying an arms race.

The summit has been widely reported to have focused on issues such as supply chains, semiconductors and emerging technologies, revealing the roadmap of how the group is aiming to counterbalance China by consolidating its lead in a number of fields, sharing its capabilities and making the links in its critical resources both interdependent and secure.

As former Australian prime minister Kevin Rudd noted in an opinion piece for Foreign Affairs magazine, the emergence of the Quad alarms Beijing because it sees it as a geostrategic attempt to advance containment around China’s borders. But the bigger question is this: can the Quad truly succeed, and what can China do if it does?

According to Rudd, the first method China used to try to stop the Quad was, predictably, ‘divide and rule.’ He cites as an example its restrictions on imports from Australia in 2020 and 2021. Beijing’s message was clear: ‘If you side with the US, you lose economic incentives with us’.

But he goes on to observe that this has not had any impact on the group whatsoever, and, in fact, only served to harden its shared strategic resolve – not least because current Australian PM Scott Morrison is fanatically pro-US. AUKUS is the ultimate outcome of China having attempted to impose strategic costs on Australia. It does not bode well for them.

The weak link in the Quad group is India, which has been tilting against China under Prime Minister Narendra Modi, but is not a legal ally of the US as the others are. It is also geographically connected to China, the poorest country in the group (by GDP per capita, PPP) and a fellow member of a number of international institutions alongside China, including the Shanghai Cooperation Organization (SCO), BRICS (Brazil, Russia, India, China, South Africa) and the Asian Infrastructure and Investment Bank (AIIB).

Yet, despite this tilt, India is non-aligned and is leaning towards the West to uphold its strategic independence in the face of the growing power asymmetry between it and China. That said, given its near-equal population size and potential for economic growth, it actually has the capability in the long term to cause problems for its neighbour. Thus, while its attempts at deterring Australia may not have yielded results, China has exploited opportunities to try to counter New Delhi, while keeping diplomatic relations cordial.

Despite their simmering border row, which threatened to spill over last June, India and China have minimized active confrontation but competed strategically with one another. In many ways, Beijing is pursuing an unspoken de facto containment of New Delhi in line with this policy. This has included actively consolidating its relationships with states right around India’s periphery, including Pakistan, Nepal, Bangladesh, the Maldives and Sri Lanka.

While its relationships with the latter four are primarily economic, the China-Pakistan economic corridor is the outcome of an all-encompassing strategic relationship that also acts as a military counterweight to India. If Beijing is to outmanoeuvre the Quad and halt its efforts at a maritime containment of China, in which AUKUS plays a big part, Pakistan will be pivotal. China needs to dominate the western Indian Ocean and India’s left flank, so has put all its efforts into beefing up Islamabad, both economically and militarily.

Pakistan may be India’s old foe, but the other neighbouring countries are, in effect, engaged in a contest for influence between New Delhi and Beijing. When India imposed a vaccine export ban in the wake of its Covid-19 crisis in May, the highest number of vaccine donations pledged by Beijing went towards countries in the Indian subcontinent – an effort to try to outbid and contain Modi, who has pursued a “neighbourhood first” policy to uphold his nation’s own strategic frontier.

Bangladesh has recently applied to join the Regional Comprehensive Economic Partnership (RCEP) – a bloc that includes China, but from which Modi has removed India. This reveals the other major weakness of the Quad: despite its rhetoric, the coalition is not an economic union and probably never will be. In his piece in Foreign Affairs, Rudd speculates about that, but the likelihood of it happening is slim, because the four members have very different economic policies that would be nigh-on impossible to align in unity against Beijing. America and India are overtly protectionist, which has led both to assume anti-free-trade stances. And just as New Delhi withdrew from the RCEP, the US withdrew from the Trans-Pacific Partnership, which China is now trying to join. India and the US are each attempting to advance the economic containment of China from the outside, but that approach is illogical.

The prospect of the Quad becoming an economic coalition is therefore stymied from the word go. Japan and, potentially, the US could provide the financing for infrastructure projects to counter Beijing’s, but India and Australia do not have the capacity, with the former struggling to meet its own infrastructure needs, never mind funding other countries’, especially given China’s state-led mega-firms, which undertake such ventures at relatively low cost.

The Quad is ultimately not an economic institution and cannot become one, because it is not bound by any treaty. Ahead of today’s meeting, there was much talk of building a shared semiconductor supply chain, but how exactly would that work? And how can these four countries build alternative supply chains in key areas to isolate China when it’s the region’s  largest trading partner?

While the Quad poses a challenge to China in some arenas, Beijing is likely to respond once again by attempting to play a game of divide-and-rule. It will use economics to exploit weaknesses, focusing on the strategic containment of India and making diplomatic moves to consolidate its influence in South Asia and Southeast Asia. As its TPP stunt shows, it will play this economic card as much as it can, knowing the Quad can’t match it in that regard, no matter how much it might like to think it can. After all, it knows that, to some degree, the Quad is all talk – it’s not a formal alliance, it’s not an economic union, and it makes a lot of highly ambitious pledges that will require more formal integration if it is ever to succeed.