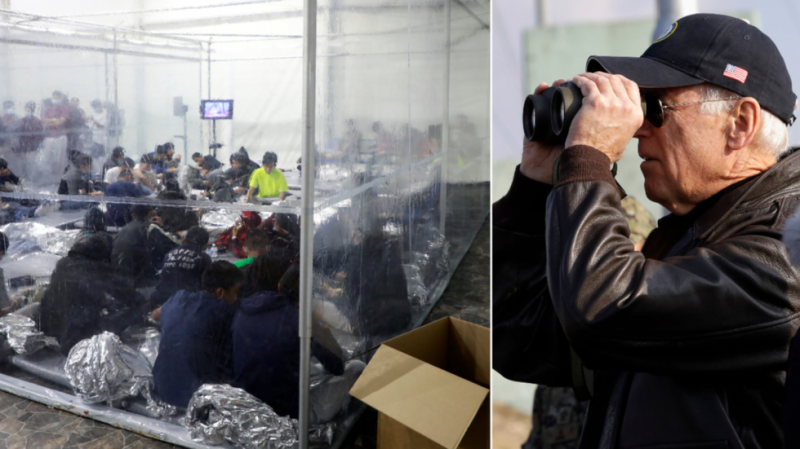 “The problem was that the refugee part was working on the crisis that ended up on the border with young people. We couldn’t do two things at once,” Biden told reporters on Saturday after playing a round of golf in Wilmington, Delaware. “And now we’re going to increase the numbers.”

Biden was assailed by immigration activists on Friday, when he issued an emergency declaration tweaking his administration’s refugee program without fulfilling a pledge to raise the historically low cap on refugee admissions set by his predecessor, Donald Trump. He left the cap for the federal government’s current fiscal year, ending on September 30, at 15,000 – about one-fifth the level of admissions allowed before Trump took office in 2017.

Biden had pledged to boost the cap to 62,500 in the current fiscal year and to 125,000 in fiscal 2022. Representative Alexandria Ocasio-Cortez (D-New York) called Biden’s failure to raise the number on Friday “utterly unacceptable” and contrary to the promises that caused people to vote for him. Former Labor Secretary Robert Reich called the move “a shameful broken promise.”

White House press secretary Jen Psaki issued a statement later on Friday, following the backlash, saying that Biden would announce a higher refugee cap by May 15. Biden has been consulting with advisers on how many refugees the US can accommodate through the end of September, she said, and given the “decimated” program that he inherited from Trump and the current border “burdens” on the Office of Refugee Settlement, “his initial goal of 62,500 seems unlikely.”

Biden has suffered politically on the immigration issue, with just 29% of Americans in a Quinnipiac poll saying they approve of his handling of the border. Illegal border crossings and apprehensions of unaccompanied minors have surged to record highs after Biden’s policies encouraged families to send their children to the US with smugglers.

Prior to Saturday, Psaki and other administration officials had steadfastly refused to admit there is a “crisis” on the southern border. It’s not clear whether Biden has relented on use of that word or merely had a slip of the tongue in a candid moment with reporters, but his phrasing wasn’t lost on Republicans.

“The Biden administration has gone to great lengths not to call the border situation a crisis,” said Abigail Marone, press secretary for Senator Josh Hawley (R-Missouri). “President Biden just admitted it was a crisis.”