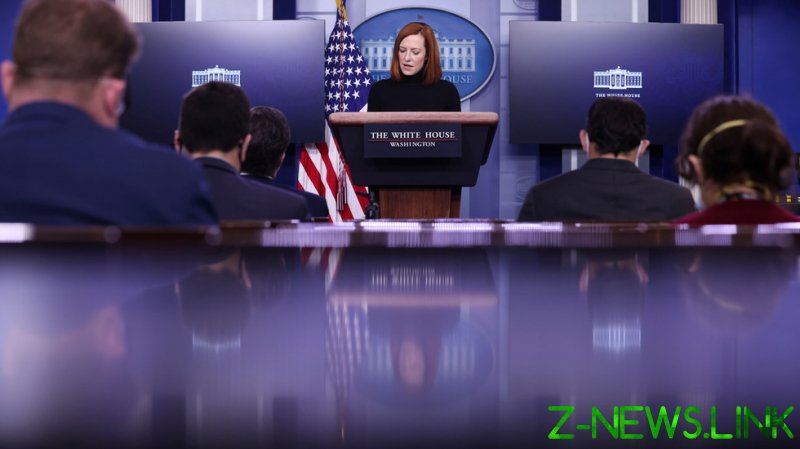 The White House press office will begin charging for the tests next week, the Washington Post reported on Friday, observing that the costs effectively amount to an “admission fee” for journalists covering the administration.

While the White House has absorbed the testing costs to date, after nearly a year of daily screenings they have become a financial burden for the government, the Post said, prompting the push for news outlets to foot the bill.

The White House Correspondents Association (WHCA) – a body that represents reporters and arranges credentialing – and a litany of journalists have sounded alarms over the proposal, some suggesting the move will interfere with citizens’ ability to remain informed, and may even infringe free speech rights.

“The WHCA has expressed the fear that the cost could be prohibitive for some journalists covering the White House, which may ultimately harm the public’s right to know,” the association said in a memo on Friday night, according to the Daily Beast’s Max Tani.

Tani of the Daily Beast recalled a vow by White House press secretary Jen Psaki to bring “truth and transparency back to the briefing room,” arguing that “making it prohibitively expensive for smaller outlets” to cover the Biden presidency is not in line with that pledge.

Though news outlets often foot many costs associated with covering presidential administrations – paying for meals on pool assignments, seats on Air Force One and temporary office space on trips outside DC, for example – health and safety matters are typically covered by the taxpayer.

However, while the news was met with concern across the media, the administration will reportedly make a number of exceptions to the new rule, according to the WHCA memo. Daily tests will remain free for pool reporters covering the president and vice president, as well as the first lady and second gentleman. Those given “assigned briefing room seats” will also still receive free screenings, while those who don’t qualify will be permitted to bring cheaper “outside tests” so long as they meet certain standards.

The White House press pool is made up of a rotating team of journalists from several different news agencies that devotes coverage to the president, often granted special access, such as traveling with him to events.
The purported exemptions did little to quell the criticism, however, with attorney Ted Boutrous suggesting that, rather than charging for tests, the White House ought to dole out free immunizations.

“Instead of charging them for Covid tests, the White House should be providing free immediate vaccines to the journalists who, on behalf of the public, are scrutinizing those government officials who themselves received expedited vaccinations to do essential public business,” he said.