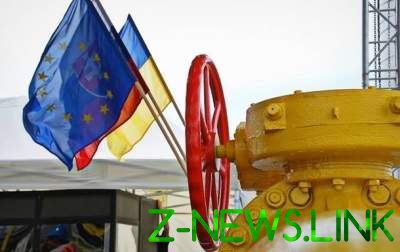 At the tripartite talks in Berlin discussed the prospects for the global and European gas markets.

Russia, Ukraine and the European Commission at a meeting in Berlin and exchanged views on the volumes of gas transit through Ukraine after 2019. About this by results of negotiations on Tuesday, July 17, Minister of energy of Russia Alexander Novak.

“All the same issues, consultations on gas transit, starting in 2020, the volumes of gas supplies, which are generally in principle, Europe will consume,” said Novak.

“We exchanged views, agreed that these issues will still be further explored by experts”, – he told, answering a question about the volume of transit of gas through Ukraine in 2020 that were discussed at the meeting.

See also:  The SBU said the talks Putin and the leaders of the "LDNR"

As reported the Minister of economy and energy in Germany Peter Altmaier, Russia, the European Commission and Ukraine have discussed the future structure of the gas transit to Europe.

He noted that the talks were “good and constructive atmosphere”, while adding that future meetings will be difficult.

Altmaier said that the parties agreed to schedule further meetings on gas issues.

Before the trilateral meeting was the consultation of both parties with the EU Commissioner for energy Union maroš Šefčovič.

See also:  In the Kremlin told about the talks between Putin and Poroshenko

“The parties discussed the prospects for the global and European gas markets”, – have informed in the Ministry of energy.

Note that from 2019, the Naftogaz proposes to reduce the cost of gas transit through the territory of Ukraine in 2.3 times from 2019. The holding expects that in 2019, the transit of Russian gas through Ukraine will be 20% cheaper and lower than on Nord stream-2.