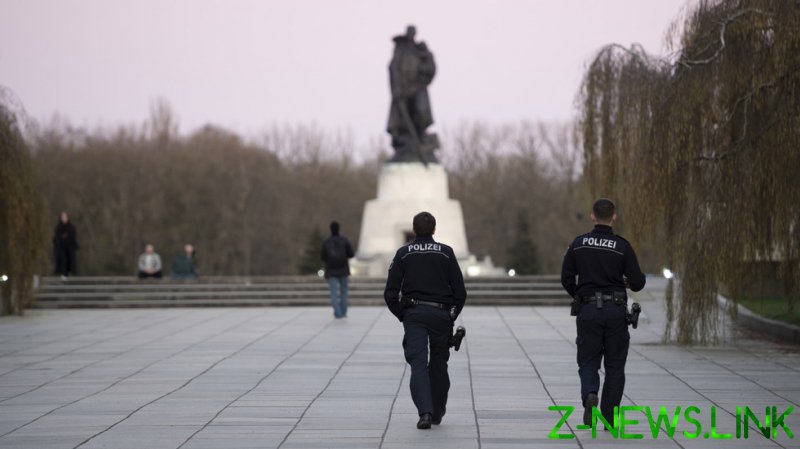 Public displays of Russian and Ukrainian flags will be banned at 15 memorial sites in Berlin, including the iconic Soviet WWII memorial in the Treptower Park, during Victory Day celebrations on May 8 and 9, the city’s interior ministry has said on Friday. The move has sparked controversy after some German media and politicians, as well as the Ukrainian ambassador to Berlin, have deemed the decision “scandalous.”

The idea behind the ban was that “commemoration of Germany’s liberation from National Socialism on May 8 and 9 1945 must be clearly separated from the situation in May 2022,” Berlin’s interior ministry said on Saturday, referring to the ongoing Russian military action in Ukraine.

It is important to “prevent any confrontation” at the memorial sites commemorating both “Russian and Ukrainian” soldiers who died fighting the Nazis, it added, according to the German media. The move was initially announced by the Berlin police and sparked an outcry from politicians and the media. 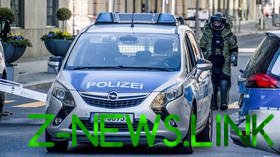 Germany’s Bild tabloid came out with a story on Saturday claiming that “Berlin bans Ukraine’s flags during the commemoration of the end of the World War II.” The move was also sharply criticized by the Ukrainian envoy to Berlin, Andrey Melnik, who called the decision “scandalous” and urged the mayor of Berlin, Franziska Giffey, to roll it back.

The outspoken diplomat, who is himself no stranger to controversy, has denounced the decision as “a slap in the face” of Ukraine and its people. Melnik immediately received support from some German political circles. Kai Wegner, the head of former chancellor Angela Merkel’s CDU party office in Berlin, also called on Giffey to reverse her “painfully wrong” decision and argued that “the Ukrainian flag stands for the fight for freedom.”

A local MP, Tobias Bauschke, also stated that the “colors of Ukraine are colors of freedom” and accused the Berlin authorities of betraying “all our values” by banning the Ukrainian flag. No German officials or media outlets publicly opposed the idea of banning Russian flag.

Following the outcry, the Berlin police clarified the rules related to the Victory Day celebrations, saying that public displays of the Ukrainian flag are “generally permitted” in the city on May 8 and 9. Its display will still only be restricted at the specific memorial sites. 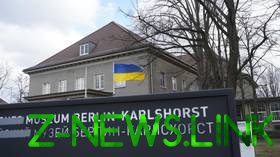 The restrictions will not be applied to diplomats and “other privileged persons, including guests invited to commemoration [ceremonies organized] by embassies” the police have said, adding that “these groups of people” would be able to carry the Ukrainian flags at any memorial sites.

According to the media, Berlin authorities have also placed additional restrictions on what they described as “pro-Russian events” scheduled to be held in the city on May 8 and 9. No “public approval” of what Berlin calls “a war of aggression against Ukraine” would be permitted anywhere in the city, they’ve said.

No stylized military uniforms or even “parts of the uniform” would be allowed at the memorial sites, the police have said, banning any “marching or military songs” there as well. The ‘Z’ symbol associated in Russia with the support for the military action in Ukraine would be prohibited as well, law enforcement officials have added.

The development comes as the German-Russian Museum Berlin-Karlshorst, dedicated to German-Soviet relations and sponsored jointly by Germany, Russia, Ukraine and Belarus, decided to drop the reference to Russia in its name.

The decision was taken in protest against Russia’s actions in Ukraine, its director, Jorg Morre, told the German media earlier this week. The museum is housed in the building where Hitler’s forces signed Germany’s unconditional surrender on the night of May 8-9, 1945, ending the war in Europe.