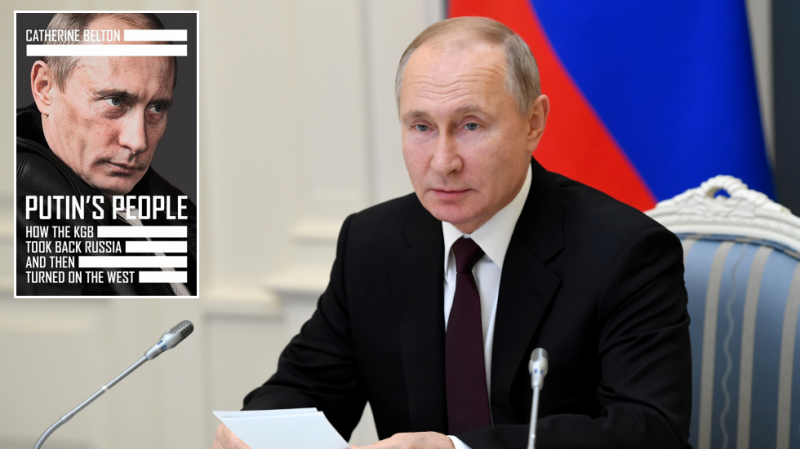 Despite being picked up by a major American publishing house, the Rupert Murdoch-owned HarperCollins, Belton displayed a profound lack of journalistic judgement in how she conducted the research behind her explosive claims. And that’s coming back to bite her.

In one lawsuit brought by Mikhail Fridman and Pyotr Aven, the Russian founders of one of Moscow’s largest financial institutions, Alfa Bank, a settlement was reached last week. HarperCollins agreed to amend and edit parts of the book asserting that the pair of businessmen essentially had sponsorship from the KGB when they embarked on their entrepreneurial careers. According to the agreement, the publishers admitted the claims made in the book were unsubstantiated.

Another case, brought by Russian billionaire Roman Abramovich, is ongoing. It challenges assertions that he bought Chelsea Football Club in the UK at the behest of none other than President Vladimir Putin himself.

In the purported expose, Sergei Pugachev, the named source for this claim, said that, “Putin personally told me of his plan to acquire the Chelsea Football Club in order to increase his influence and raise Russia’s profile, not only with the elite but with ordinary British people.” Belton buttressed this claim with an unnamed source she referred to as “a Russian tycoon and a former Abramovich associate” who told her that “Putin had directed Abramovich to buy the club.”

Pugachev, who fled criminal charges in Britain in 2014 brought by the Russian government alleging the misappropriation of hundreds of millions of dollars from a Russian bank, now seems to have changed his tune. According to journalist Ben Aris, he is now throwing Belton under the proverbial London bus by claiming that he was misquoted and didn’t know that Belton was writing a book when he spoke to her.

With Pugachev appearing to turn on her, Belton is only left with an unnamed source for this assertion. But this wasn’t entirely inevitable, and if Belton had paid closer attention to the kind of people she was dealing with, she may have avoided getting burned.

One interview Belton conducted for her book with Mikhail Khodorkovsky, a disgraced ex-oligarch now also living in the West, was illustrative of Belton’s tendency to gloss over possible red flags regarding her sources. In it, Khodorkovsky, who allegedly plundered state resources to build his now-collapsed energy empire, Yukos, reveals something curious about his own personality. Apparently, he has never in his life felt fear. More specifically, he describes a lack of threat perception and a propensity to take risks.

He doesn’t seem to be bragging, just stating it matter-of-factly. Interestingly, this is a trait considered common among psychopaths, and hardly a well-balanced character trait from a potential source. Strangely, Belton didn’t think this portion of her interview with Khodorkovsky was worthy of any comment – she simply went on to mention how cool his sunglasses were.

A big part of the problem with Belton’s thinking is that she bought into the idea that the Yeltsin era oligarchs – if they are now “pro-Western” or “anti-Putin” in public orientation – are suddenly endowed with a moral compass rather than being the rapacious predators they are. In the 1990s, these billionaires met the definition of oligarchs because they used their wealth to wield political control. Putin later fought pitched battles with many of them, transforming them into regular billionaires who could not leverage their wealth to swing elections and control the news channels.

Throughout the book, the former Moscow correspondent seemed to be making the not-so-subtle argument that the 90s oligarchs who resisted this process and became anti-Putin were good – democratic market pioneers – while the Putin era billionaires are bad. Hence, any Russian who made billions in that country and is now living in the West with his, or her, loot is credible as long as they’re conveniently saying bad things about Putin that the Western political class wants to hear.

This is not what journalists are supposed to do. Instead, the book would have benefited from an approach that was skeptical, asking questions, conducting due diligence, and reporting solid information regardless of who looks good or bad.

Moreover, an experienced journalist like Belton should be able to ascertain whether a source is trustworthy in the information they are providing, and whether they might be the kind of person who will lie to them. While Belton acknowledged that Pugachev and Khodorkovsky had some problems and were not angels, she gave the impression of sympathizing with them and generally treated them as credible.

The degree of ruthlessness that one has to demonstrate in order to become an actual billionaire oligarch, regardless of time or place, most likely puts them on the antisocial spectrum. They are, in short, not brimming over with the milk of human kindness. People with antisocial tendencies will use and discard people – including journalists – without a second thought if it will serve their agenda of money and power. One doesn’t have to be a professional psychologist to grasp this.

Pugachev, who was sentenced by a British judge in February of 2016 on 12 contempt charges that included lying to the court, and Khodorkovsky are just some of the named sources Belton relied on who are not known for their honesty or good character. As has been pointed out previously, Belton also relied on a suspiciously high number of sources who were unnamed without explaining why they needed to remain anonymous. This does not engender trust for readers, especially when the most explosive claims in the book were attributed to these uncredited sources with little to no independent verification.

Belton seems to have thrown every bit of common sense a real journalist should have out the window in order to pursue an agenda of pushing the US/UK mainstream media narrative against Putin and Russia, no matter how far-fetched. Now it looks like it might be falling apart. Though she has the public support of the Western media establishment, her publisher has not gone to the mat for her as much as they claimed they would, as is reflected in the terms of the settlement with Fridman and Aven in which they admit the claims in question by Belton are unsubstantiated.

Unfortunately, this book is not an anomaly. Many of the people passing themselves off as journalists on the Russia beat clearly value having a high-status career at mainstream Western outlets, which often lays the groundwork for more lucrative jobs as cable news consultants and think tank racket fixtures over providing readers with a fact-based and in-depth view of the complex country they are supposed to be covering. The truth, it seems, is not always the most important thing.