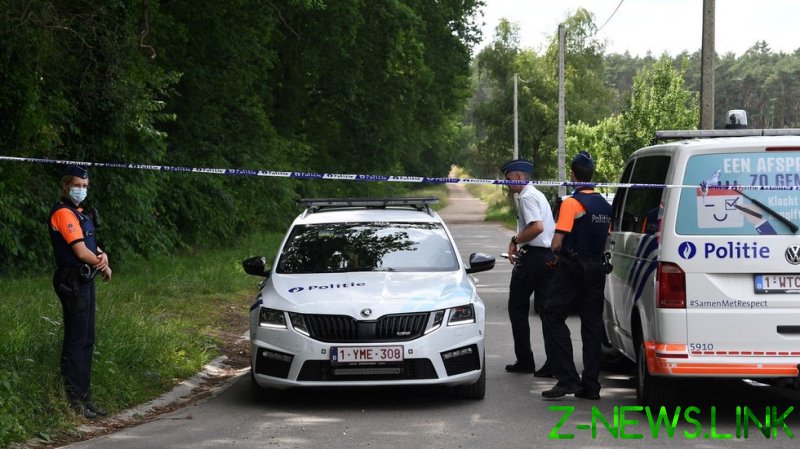 A massive manhunt involving the Belgian army and police and the militaries of neighboring Germany and the Netherlands was launched after the disappearance of veteran sniper Jurgen Conings on May 17.

The 46-year-old soldier, with combat experience in Iraq and Afghanistan, snatched several anti-tank missiles, a submachine gun, a handgun and a bulletproof vest from a military warehouse, and left notes containing death threats against Belgium’s top officials before he went missing. Virologist Marc Van Ranst, who had a hand in the Covid-19 restrictions in Belgium, was on that hit list and ended up being placed in a safe house by the authorities.

In one of his messages, Conings explained that he “could no longer live in a society where politicians and virologists have taken everything away from us” and warned that he wasn’t planning to surrender peacefully.

He was designated as a “terrorist suspect” due to his far-right views, which – as it turned out – had been known to military intelligence. The Belgian media has been questioning how it was possible for a person with extremist links to have access to heavy weapons. But the authorities and the military still haven’t provided a satisfactory answer to that.

Despite being a security threat, the rogue soldier also became a symbol for some in Belgium who are similarly unhappy with the lockdowns and other coronavirus restrictions. A Facebook page titled “As 1 behind Jurgen” attracted 50,000 followers before the tech giant decided to shut it down over claims it could incite violence.

Conings’ car was found on the outskirts of the Hoge Kempen National Park near the Dutch border hours after his disappearance. There were rocket launchers inside and it was reportedly booby-trapped with a grenade connected to the door by a set of wires. Later, searchers stumbled upon a groundsheet in the woods, which could’ve been where the soldier had set up camp.

After that, the manhunt didn’t provide any new clues on the whereabouts of Conings, whom the media called “Rambo” due to some similarities between his story and the 1982 Sylvester Stallone action flick.

That was until Sunday, when the mayor of the town of Maaseik, Johan Tollenaere, went cycling in the national park. According to the official, at some point, he got a strong smell of decaying flesh coming from the bushes and informed the rescue service and the military about it.

However, local media said it was not the mayor but local hunter Leonard Houben who first stumbled upon the body and alerted police. Houben says he bumped into Conings’ foot while tracing the foul smell.

Prosecutors said that the odor came from a human body and that “according to initial findings,” it belonged to Conings. The rogue soldier apparently took his own life, but further investigation will be needed to establish this with certainty, they added.

The Belgian Defense Ministry later confirmed that the body was that of Conings.

Van Ranst expressed relief over the discovery of Conings’s remains. The virologist received the news on his birthday. “I assume my stint here in the safe house will be over,” he told De Morgen paper. “A person like that I have little sympathy for,” Van Ranst said of the soldier, but added that he still felt for the man’s family and children.