Belarus next year may be deprived of electricity exports to Lithuania 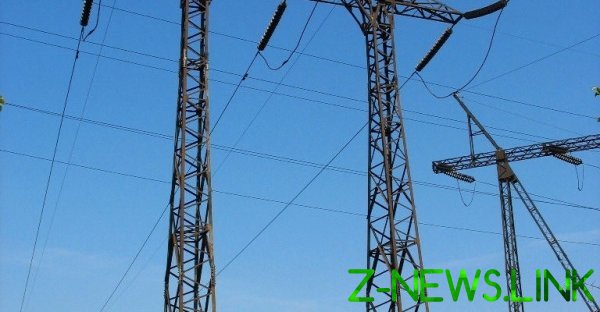 Belarus next year may lose electricity export to Lithuania due to the irreconcilable positions of Vilnius in respect of the NPP construction. However, the Belarusian electricity supplier is willing to take Russian operator of export and import of electric power company “inter RAO UES”.

So in 2019 Belarus can surpass last year’s record export of electricity to Lithuania.

After starting the NPP, Lithuania will prohibit the export of Belarusian electricity

The President of Lithuania Dalia Grybauskaite (July she will leave the post) has recently addressed the Parliament with an annual report and stated that we must continue to achieve full closure of the NPP. “With the European Commission have already signed the political agreement on synchronization of power grids of the Baltic countries with networks of Western Europe. So no need to look back to the East, we know that the ring of BRELL from the Moscow dispatch on the wires carry not only electricity, but also political influence,” she said.

According to D. Grybauskaite, the members of the Espoo Convention admitted that the NPP is built on unsafe ground. “It is not about our security, we are talking about an unsafe site. So, it cannot function is no power. We must continue to achieve full closure of the Belarusian NPP,” she said.

The new President of Lithuania recently elected Gitanas Nausea. Experts believe that the issue of “nuclear” confrontation with Belarus, Nausea will not be as irreconcilable as his predecessor, he is a proponent of pragmatic approaches.

Before the first round of elections, answering the questions of TV channel “Belsat”, G. Nausea said that the theme of the NPP should not completely overshadow the relations between Vilnius and Minsk, because Lithuania it is important to keep Belarus independent from Russia.

However, this statement is unlikely to indicate that the position of Lithuania in respect of the NPP will change fundamentally and Belarus will be able to continue to export electricity to Lithuania after the involvement of nuclear energy in its energy mix.

It should be noted that the overall export of Russian electricity in the first quarter of 2019 increased by 43% — from 3,378 billion kWh to 4,832 billion kilowatt-hours Revenue from the export of electricity grew 2.4 times and reached 14.5 billion rubles. The increase was primarily due to the increase in the ruble equivalent of the prices of sales due to rising prices in the electricity exchange Nord Pool in the areas of “Lithuania” and “Finland” and Euro and increase in export volumes in these areas.

The increased demand for Russian electricity in the Baltic sea region experts explain two factors. First, in Scandinavia a considerable part of the electricity produced in hydropower plants and in the dry weather the water level in the reservoirs of hydroelectric power station is reduced, which leads to a drop in production, causing a shortage. Second, an important role is played by the rising cost of coal.

Previously chief financial officer of Eesti Energia Andri Avila explained why in 2018 in a market area of Nord Pool Russian electricity did more than ever. The fact that Russian companies — producers of electricity do not need to pay quotas for CO2 emissions (and from 2017, the prices of CO2 quotas have increased three times).

Thus, Russian companies have a competitive advantage over companies from the European Union. This situation may persist until 2025, when the Baltic States intend to leave the electricity grid in BRILL.

See also:  The moment of truth. Corruption Belarus among the worst

The Baltic States plan to 2025 to finally get out of the electricity grid in BRELL (Belarus, Russia, Estonia, Latvia, Lithuania) and go for synchronous operation with European power systems. In this regard, the Ministry of energy and the European Commission is now discussing the possibility of maintaining the export of Russian electricity in the Baltic States.

“Out of the Baltic countries share a single electricity grid with Belarus and Russia does not mean the end of commercial supplies of electricity,” — said acting head of the trading unit, “inter RAO UES” Alexander Panin recently in an interview with RIA Novosti.

“This is a very important topic, which we are doing,” she said. The transition to independent operation of the power systems of the Baltic States is planned to be implemented in 2025. Meanwhile, the Baltic countries underwent testing at the separate work, which had planned to spend this year. “So we are not sure of the readiness of the Baltic States to withdraw from BRILL in 2025”, — said Alexander Panin.

But even if there is a disconnection in 2025, “this does not mean, I hope that will turn off all the power lines,” she said. “There are ways of maintaining ties with non-synchronous power systems, it is a question of technically and economically solved. Until 2025 far and we are not exacerbated. So pay attention that the exit from the ring BRELL does not mean that we do not remain in commercial deliveries”, — said Alexander Panin.

In addition, even after the launch of the NPP “inter RAO” hopes to maintain the export of Russian electricity to Lithuania via Belarus.

What exit from this situation sees a Russian company? “We offer our energy, low-carbon enough. So after all this norm it is advisable to divide: if prohibited the supply of Belarus, the right to keep supplies from Russia. We are even willing to offer “green” energy. The Ministry of energy supports us in this,” — said Alexander Panin.

To the question, does the launch of the NPP the opportunity to oust the Belarus-Lithuanian direction, she said, “If the law is changed in Lithuania, — Yes.”

Besides, “inter RAO” asked to open for trading electricity cross sections on the existing lines of the Russia — Latvia and Russia – Estonia — in addition to already existing sections of Russia (Kaliningrad) — Lithuania and Belarus – Lithuania. After all, Belarus will charge for the transit of electricity, and direct delivery to Estonia and Latvia would be the Russian company more interesting.

Moreover, the “inter RAO” has great potential for increasing exports of electricity to the Baltic States. Capacity is the throughput of interstate electric transmission lines (PTL), connecting Russia with other countries. If the lines are 100% filled, so capacity is not. “We have the potential because the most popular line in Finland and Lithuania – loaded on 50-60%,” — said A. Panin.

“The Russian side has raised this issue at meetings of committees of BRALL — we have not yet responded. The question here is political, and it is clear: for Estonia and Latvia if open borders are faced with a choice between its power and import. But I think in a competitive market the choice should be primarily dictated by economic laws,” – said Panin.

The next task, she said, – increase the flow of electricity from the Kaliningrad region. Line capacity Kaliningrad – Lithuania is limited to the instructions: “680 MW, they can deliver 600 MW – we have them”. Until 2011 the Kaliningrad region consumes more energy than supplied. But now there’s a new power plant, and “inter RAO” can lead export supplies in greater volume. “The Russian system operator considers that the flow can be increased up to 1000-1300 MW. System operator of Lithuania opposes the revision of the existing restrictions. Therefore, there is a separate discussion which is actually bandwidth lines”, — said the representative of the Russian company.

See also:  Rome: the President of Belarus a metro driver a few meters dragged along the platform

The Baltic States are now using Russia – Latvia and Russia – Estonia to ensure their reliability and trading operations between their energy systems. “In this connection we speak of the inadmissibility of occurrence of the discriminatory situation in which the power system of the Baltic States will use the energy system of Russia for their own purposes and to introduce restrictions on Russian electricity”, — said Alexander Panin.

“When the rate of electricity consumption was alone, everyone thought that this will continue. But not so happened. Now we have a surplus of electricity. In 2021 in our energy mix “found in” nuclear and “green” electricity of 2400 MW nuclear and about 830 MW from renewable energy sources. We will need to find a balance between them”, — said the head of Department energy, environment and science Ministry of energy of Belarus Sergei Comb may 30, at the round table “prospects of development of wind energy in the Republic of Belarus”, which took place at the Belarusian universal commodity exchange.

“It was not necessary to create this surplus,” said the Director of scientific production company “Malaya Energetika” Anatoly Smirnov.

According to A. Smirnov, after the commissioning of the Belarusian NPP “any excess electricity we can’t be”. “And will the potential sale of a larger amount of electricity. Because the balance is such that electricity is nowhere to go: it is either consumed or exported,” — said the expert.

He believes that the problem of “excess” electricity to Belarus after the launch of the NPP should be solved otherwise, “the Question is: how to use pumped storage station, which was built in Soviet times to align the schedule of Ignalina NPP? That would be a good way,” — said the expert.

According to the Executive Director of the Association “Renewable energy” Vladimir Nistuk, Belarus could sell in Lithuania is not nuclear, and green energy.

Commenting on this subject, Smirnov has noticed that theoretically it is possible, for those “green” plants, which were built in Belarus before and have already managed to get invested in their construction investment. However, it is not so simple.

“What to do with the “extra” electricity is still unknown. Many people think that it could be Lithuania. Although there is General consumption of electricity is only 10 billion kWh per year, and own production of 6.5 billion kilowatt-hours. Even if Lithuania refused the energy, which comes to her by way of compensation for the closure of the Ignalina plant from Sweden by the cable at a super discounted price (Lithuania through the Swedish submarine cable buys electricity at 3.5 cents per kWh — Approx. ed), she would have to buy only 3.6 billion kWh of electricity. And we have only one nuclear power plant unit will produce 9 billion kWh. So it is not a panacea”, — said Alexander Smirnov.

Recall that the physical commissioning of the first unit of the Belarusian NPP is scheduled for autumn of 2019, the second – in 2020. Two reactors of the Belarusian NPP will produce 18 billion kWh – about half of the current amount of electricity which is consumed by Belarus. This means that in two years more than 50% of the total electricity consumption in the country will provide the NPP.

Earlier, the Deputy energy Minister of Belarus Mikhail Mikhadyuk reported that after the launch of the NPP will change the principle of forming the load dispatching schedule. If it is in the basis of the dispatching schedule are thermal power stations, after the start in the base graphics will be nuclear power as the most effective – that is, less efficient capacity will be used last.

Thus, when the balance of power of the country of nuclear power will change not only the mode of operation of the CHP plant, but the amount of electricity they produce. Consequently, will decrease and the income of the regional energoaliance, although their costs will not change. And this is another problem that Belarus will face after entering the NPP.