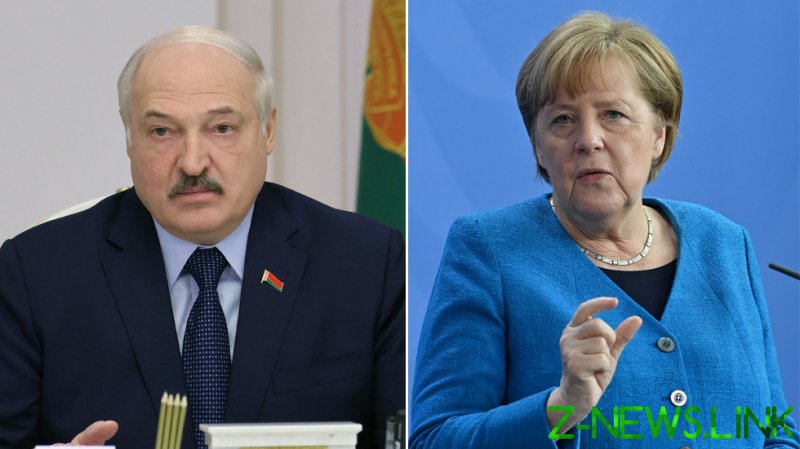 The conversation was focused on the ongoing situation on the border between Belarus and two EU nations: Poland and Lithuania. The two leaders spoke for nearly an hour about ways to prevent potential escalation at the border, a Telegram channel, which is believed to be close to the Belarusian leader’s press service, said.

Lukashenko and Merkel discussed ways of resolving the crisis that has seen thousands of refugees, mostly from the Middle East, camping out at the Belarusian border and occasionally seeking to make their way on the EU territory. Warsaw sent additional troops to “defend” the border and requested assistance from NATO and the EU while blaming Minsk for the crisis it called a part of Belarus “hybrid war.”

Lukashenko repeatedly denied the accusations, arguing that his government is simply no longer capable of shielding the EU from the influx of migrants due to heavy sanctions the bloc imposed on the country.