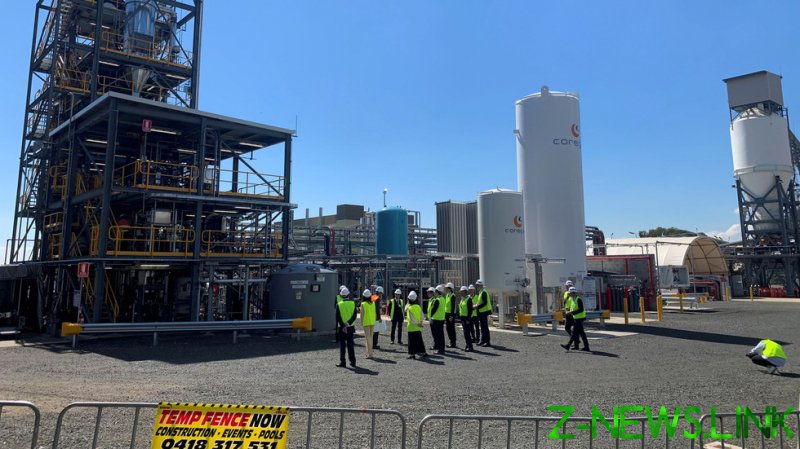 Speaking on Thursday, Wang Wenbin, a Foreign Ministry spokesman, told gathered press that Beijing intends to “resolutely and forcefully fight back” against Canberra’s move to cancel China’s Belt and Road Initiative in Victoria, calling on Australia to immediately reverse its decision.

“China has lodged solemn representations with Australia and reserves the right to further respond,” he stated, adding that relations between the two countries are already facing difficulties and will continue to suffer because of this move.

Wang said that the original agreement with Victoria, which was agreed upon in a memorandum of understanding in 2018, was a positive move for the two countries’ relations. However, he claimed that Canberra’s decision to cancel the agreement on Wednesday has “seriously damaged the mutual trust between the two countries.” He added: “China is strongly dissatisfied and firmly opposed.”

The Belt and Road Initiative is a multi-trillion-dollar project that seeks to enhance global trade routes and sees China invest in regional and national infrastructure projects, from a port in Pakistan to hydroelectric projects in Uganda.

While the agreement had not been finalized with Victoria, the project would have seen greater Chinese involvement in the state’s infrastructure development, as well as unlocking new areas of cooperation around manufacturing, biotechnology, and agriculture.
On Wednesday, Foreign Minister Marise Payne used her powers to review and cancel the project in the state.

Relations between the two countries have deteriorated greatly over the last year, prompted by Australian Prime Minister Scott Morrison’s call for an independent inquiry into the source of the Covid-19 pandemic and a decision to cut Chinese firms out of the country’s 5G projects.

China hit back with tariffs on wine and agricultural products.