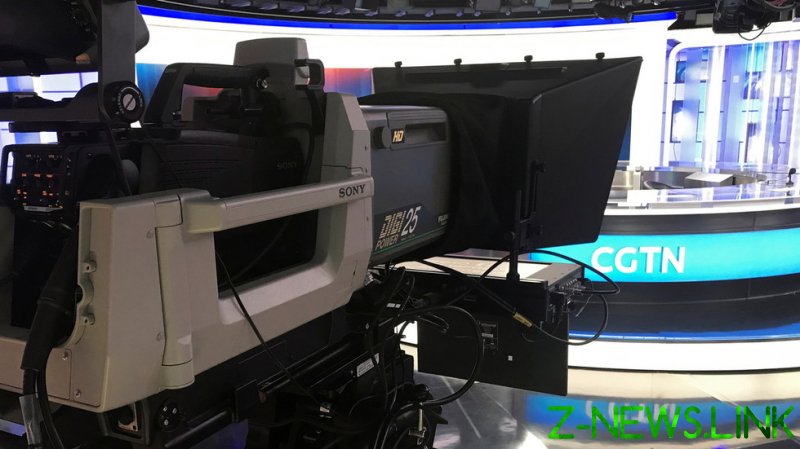 The spokesman claimed the state broadcaster has “adhered to the principle of objectiveness and fairness in reporting,” and repeated China’s criticism of the decision taken in February to revoke its license in the UK.

Zhao urged London to reverse the decision, and called on the British authorities to “investigate and punish some British media’s long-standing false reports on China and Hong Kong.”

The spokesman warned that if the UK does not take action to stop the political manipulation of the media, China would make “further legitimate and necessary responses.”

On Monday, Ofcom fined CGTN £225,000 for alleged biased coverage of the Hong Kong protests and for airing footage of a forced confession.

It levied a £125,000 financial penalty related to five shows that were not considered impartial reporting of the protests, and a further £100,000 fine for airing footage of jailed British citizen Peter Humphrey confessing to a criminal offence in China.

Humphrey, a British investigator, claimed he was forced to make to make the confession, and complained to Ofcom about the channel’s decision to air it. In 2013, China charged him with “illegally acquiring personal information” when he was hired to explore a smear campaign against the Anglo-American pharmaceutical company GlaxoSmithKline.

Ofcom says the broadcaster should have known “there were reasons to doubt whether Mr Humphrey’s consent was genuine and informed.”

Beijing hit back at Britain in February, after the UK’s independent media regulator canceled CGTN’s license, and responded by banning the BBC in China, although the BBC was already restricted in the country.