Home / WORLD / Beijing renews its call for Fort Detrick biolab probe as 4.7 million Chinese petition WHO to search in US for Covid origins

Beijing renews its call for Fort Detrick biolab probe as 4.7 million Chinese petition WHO to search in US for Covid origins 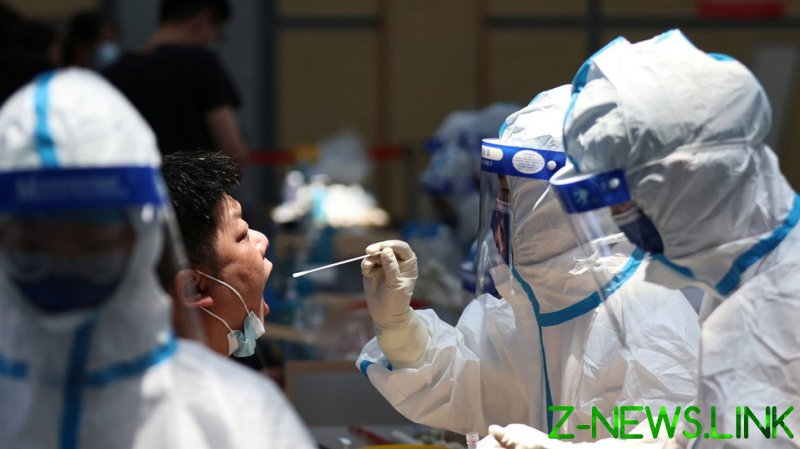 Speaking on Wednesday, foreign ministry spokesman Zhao Lijian said that the Chinese people had delivered a clear message in signing a petition, created by state-run news agency The Global Times, calling for a World Health Organization (WHO) investigation into the Fort Detrick biolab.

“In less than five days, about five million people participated. The rising numbers represent the aspirations of the Chinese people and show their anger at some people in the US for political manipulation through the issue of traceability,” he stated.

The foreign ministry spokesman said that the responsibility to investigate their own lab must lie with the US. He claimed that reports of an unknown respiratory disease that caused pneumonia in Virginia in summer 2019 and the decision to terminate some operations at the Maryland biolab was suspicious and worthy of a probe.

In 2019, the US Centers for Disease Control and Prevention issued a “cease and desist order” to halt operations at the germ lab amid safety concerns.  Zhao also cited a large-scale outbreak of e-cigarette disease in Wisconsin that same year.

As of Wednesday morning, around 4.7 million Chinese citizens have signed the petition which calls on the WHO to investigate the US lab as a potential origin for the Covid-19 pandemic.

The petition was launched last week as WHO chief Tedros Adhanom Ghebreyesus blasted Beijing for failing to provide the raw data from the early days of its spread in China. “We owe it to the millions who suffered and the millions who died to know what happened,” he said.

WHO experts spent around four weeks in China earlier this year. Their report suggested that cases identified in Wuhan in 2019 were believed to have been acquired from “a zoonotic source, as many reported visiting or working in the Huanan Wholesale Seafood Market.”