Home / WORLD / Beijing demands withdrawal of sanctions in meeting with US, blaming Washington for ‘stalemate’ and creating an ‘imaginary enemy’

Beijing demands withdrawal of sanctions in meeting with US, blaming Washington for ‘stalemate’ and creating an ‘imaginary enemy’ 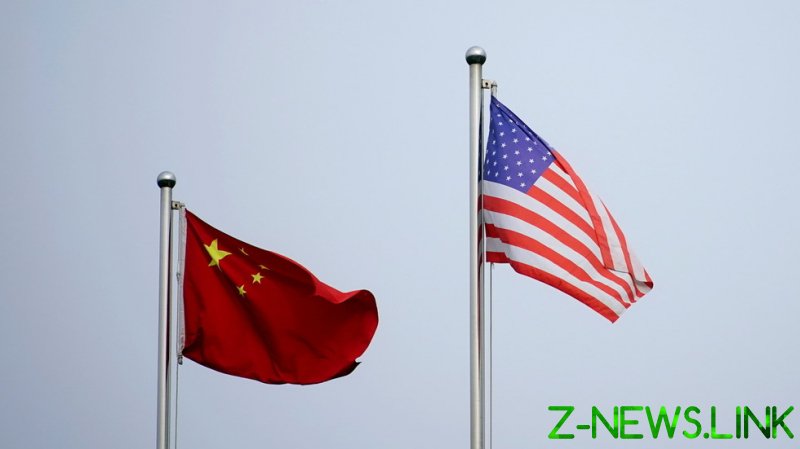 Speaking on Monday, during a high-level meeting between Beijing and Washington, Vice Foreign Minister Xie Feng said relations between the two countries were at a “standstill” and that “serious difficulties” remain, according to Chinese media.

“The United States wants to reignite the sense of national purpose by establishing China as an ‘imaginary enemy,’” Xie was also quoted as saying during a confrontational meeting with US Deputy Secretary of State Wendy Sherman.

According to a statement on the Foreign Ministry’s website, Xie is said to have told his US counterpart that Washington is the “inventor of coercive diplomacy,” and described its own countermeasures “legitimate and reasonable.”

According to state media organization The Paper, the vice foreign minister also presented Sherman with several demands, as the two sides met in the northern Chinese city of Tianjin. Xie reportedly asked Sherman to remove sanctions levied by the US on Chinese officials and communist party members, as well as loosening visa restrictions on Chinese students.

Last Wednesday, State Department spokesman Ned Price said that Sherman would occupy “a position of strength” in her meeting with Chinese officials. This was rebuffed by Chinese Foreign Minister Wang Yi on Saturday, who said Beijing would not let Washington take a “superior” position in the relationship.

The two superpowers have failed to bring relations back on track since the Biden administration took office, with ties souring since an initial high-level meeting in March in Anchorage, Alaska.

On Friday, China imposed sanctions on US individuals, including former US Commerce Secretary Wilbur Ross, in the first use of the country’s anti-foreign sanctions law passed in June.