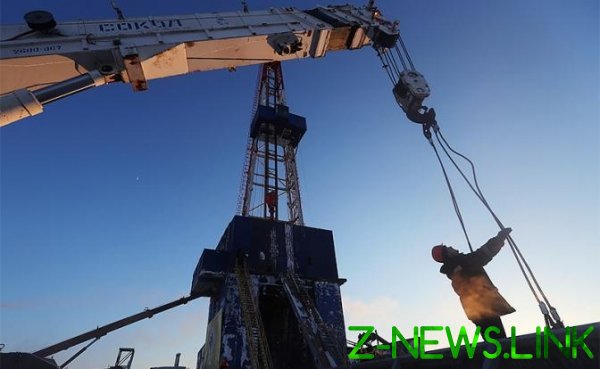 The draft law Ministry on establishment of the state Corporation “Rosshelf” criticized the Ministry of energy and Ministry of natural resources, writes “Kommersant”. Officials of the departments found the idea of Deputy Prime Minister and presidential envoy to the far Eastern Federal district Yuri Trutnev on the establishment of the company-operator for expanding access to offshore private subsoil users are not sufficiently strong and potentially destructive. Now according to the law to work on the shelf can only two state — owned companies-Gazprom and Rosneft.

In a letter to the Deputy Minister of energy Pavel Sorokin in the Ministry noted that the bill does not disclose the goals and objectives of the company and its financial and economic efficiency. In addition, the “Rosshelf” claims many powers of the current authorities, and he has to exist in the new legal regime.

“The project creates a conflict of interest: the Corporation shall have administrative and regulatory powers, at the same time, it will be a party to the agreement, which is the direct object of control”, — stated in the text of the letter.

The energy Ministry also believe that the idea of exemption of the company from taxation contrary to the Tax code. Have departments and a number of other comments and objections.

In Minprirody, according to a source publication, I do not see the “obvious purposes and sufficient reason” for the creation of the Corporation. Moreover, it is believed that providing the company with broad powers claimed in the bill, can and does have a negative impact on the development prospects of the shelf. In addition, the Department believes that giving the “Rosshelf” “proposed authority would be contrary to the principles of functioning of system of Executive authorities”.

On the development of the concept of the bill was reported back in late November. Yuri Trutnev proposed to liberalize access to the shelf, using the Norwegian model, which assumes that state-owned companies is 30% in such projects, and the remaining shares are to private companies and foreigners.

According to Deputy Prime Minister, Russia must overcome lag in the exploration of new fields and the development of the shelf, but today the country lacks modern domestic technologies.

“We need to develop technologies, to learn to do underwater systems, to learn to do horizontal drilling, make ice-resistant platform, it’s alien technology that we have not really allowed because of the sanctions,” he told reporters during a visit to Sakhalin, where, in particular, raised the issue of implementation of oil projects.

— The idea of access of private investors to the shelf suits everyone. The objection is breaking the existing system of subsoil use, — said the Director of consulting company “geckos”, academician of the Russian Academy of natural Sciences Mikhail Grigoriev.

“SP”: — What prevents the development of the shelf in the no Corporation?

— Lack of interest due primarily to the fact that access to non-state companies is now closed not only over the continental shelf, but also in the territorial sea and internal sea waters, the internal border that the legislation is not explicitly defined.

“SP”: — And investors have a query on the proposed mechanism?

Associate Professor of international Commerce at the Higher school of corporate Ranepa Tamara Safonova considers that the idea of creating an additional structure responsible for the development of hydrocarbon production on the shelf is essential to ensure a promising replacement developed Russian deposits.

— Any bill reflects the views of the authors and goes through many stages of negotiation until the date of its approval.

In connection with the set forth in the draft legislative contradictions and combination of the existing powers of the Executive authorities, will need revision and the search for compromise solutions that are important for running of channels of investment in projects developing remote fields, infrastructure, regions, the Northern sea route.

Director of the energy development Fund Sergey Pikin noted that the emergence of the state Corporation — this is a standard bureaucratic mechanism, created had many of them.

— Was the idea that the Corporation will be able to combine resources and to use them to develop businesses that are unable to develop independently. A stretch can tells that something’s been implemented. Most of them were problems arise.

From the point of view of officials, another Corporation is a friendly tool for the implementation of some programs. But in this case the question is not whether or not the Corporation, but rather, how will be the mechanism to attract investment.

Prime example: removed the monopoly of “Gazprom” on deliveries abroad of liquefied natural gas. Now it delivers more and “NOVATEK”. Positive? Positively, as “NOVATEK” the project has created tens of billions of dollars and plans to develop it, increasing the gas production, its processing in shigenoi condition and sale. The Russian economy is a plus for the GDP — plus. Of course, a considerable role was played by tax incentives, but the project turned out. If it had not been abolished the monopoly, then the project simply would not exist.

So here — there are two companies that can develop a shelf “Gazprom” and “Rosneft”. But because of limited resources and other reasons for something, and the hands do not reach. This does not mean that other companies waiting in line to do it. I haven’t seen from other players in private, so they sought to develop offshore blocks. The offshore development is always very expensive, and in a situation when the oil is teetering on the level of 60 dollars per barrel, offshore will not be repaid. Therefore, the rapid development of even the “Gazprom” and “Rosneft” do not watch, they focus on current projects.

The Corporation is a tool, that she just created, investment machine will not flow.

— Ministry in the bill thinks that the Corporation will take over the function of the Federal Executive authorities — the law, the issuance of various permits. That is, there is erosion of the powers of other authorities. This is one reason why they are against it — nobody wants to change the system of decision-making. And why, if the economic needs that now? Bureaucratic to create another Corporation, plant managers, pay them huge salaries? What’s the point? Efficiency will not increase.

“SP”: — There is a chance for the passage of the bill?