Became known, who of Ukrainians denied entry to Poland 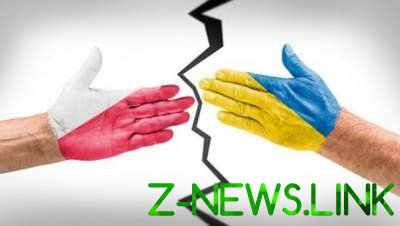 The head of Polish diplomacy said that he would think whether to recommend to the President of Poland to visit Ukraine.

The Polish authorities want to start the procedure that makes it impossible to enter the country people who profess to be anti-Polish views. This was stated by the Minister of foreign Affairs of Poland Witold Waszczykowski, reports Onet wiadomoś CI wał.

“Now we are launching the procedure, which will prevent the entry of people with anti-Polish position. People who pointedly support the ideals of the SS “Galicia” and wear her uniform in Poland will not enter” – he said.

Speaking about relations between the two countries, Waszczykowski said that Ukraine is important because of geopolitical considerations, but the Ukrainians believe minor controversial issues, particularly the historical, and both countries “have different concepts of reconciliation.”

The head of Polish diplomacy said that he would think whether to recommend to the President of Poland to visit Ukraine.

The head of the Ukrainian Institute of national memory Vladimir vyatrovich in Facebook expressed the view that the way in Poland want to punish the responsible persons of Ukraine for the requirement to Polish the party to comply with Ukrainian legislation.

In turn, the Chernivtsi city Council adopted a decision on the appeal to the President of Ukraine Petro Poroshenko with an appeal to return the title “Hero of Ukraine” leaders of the OUN-UPA Stepan Bandera and Roman Shukhevych.

This was reported in his Facebook one of the deputies of the city Council Andrey Ilyuk. According to him, the decision at the next session of the Executive body of the government was supported by 22 deputies of the 42.

The appeal says that in 2011 “at the direction of the then presidential Administration and direct management of the agents of the aggressor state of the Russian Federation Bandera and Shukhevych was deprived of the title Hero of Ukraine”.

“The restoration of the title of hero of Ukraine to Stepan Bandera and Roman Shukhevych is not only a requirement of restoration of historical justice, but also one of the demands of the revolution of Dignity” – said in the text of the appeal