Barricades, police & media: Twitter battens down the hatches in preparation for pro-Trump crowd that never came 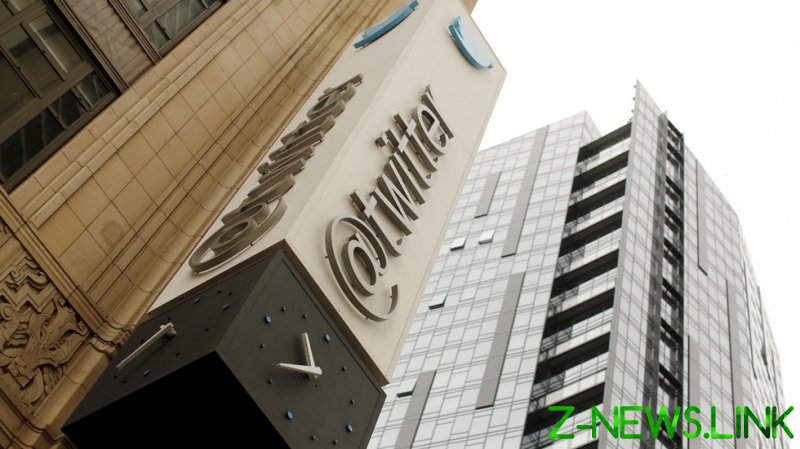 San Francisco police lined the entire block occupied by Twitter’s headquarters on Monday morning, bracing themselves for a predicted onslaught of angry Donald Trump fans presumably seeking revenge for the deplatforming of the US president the previous week.

But at 8am local time, when the demonstration was set to begin, local news acknowledged there were plenty of cops and media on site – and not a MAGA hat to be seen. Indeed, the only demonstrators on site, according to the San Francisco Chronicle, were two “leftist protesters” who’d showed up to counter the “unruly mobs” who swarmed the Capitol in Washington DC on Wednesday.

Twitter employees are working from home due to the Covid-19 pandemic, but police weren’t taking any chances, some 30 of them barricading the doors to the building.

The original call to mass outside Twitter HQ reportedly came from online forum TheDonald.Win, which urged participants to wear body cameras, sunglasses, and MAGA hats to “conceal their identities” – as if a MAGA hat in famously liberal San Francisco would go unnoticed. The post had been deleted by the time the rally was supposed to start, and other posters on the board were actually warning Trump supporters away from Twitter HQ, suggesting it might be a false flag operation.

Indeed, one of the instructions included on the original post advised demonstrators to bring “big” zip ties in order to “citizen arrest violent agitators” – a directive that may have been a nod to Wednesday’s chaos. A zip-tie-toting demonstrator clad in full body armor took part in the raid on the Capitol and was arrested on Sunday for his participation.

Trump was kicked off Twitter for good on Saturday, following a 12-hour temporary ban, accused of posting material that could incite violence, after tweeting – somewhat ironically – a request for his supporters to go home after the invasion of the Capitol that left five people dead. Facebook, Snapchat, and Twitch have also banned the president.

Twitter took the opportunity to do additional housecleaning, removing thousands of followers from Republican politicians’ accounts and allegedly adding them to Democrats, according to a screenshot posted by Secretary of State Mike Pompeo and backed up by others who’d been mass-unfollowed.

The Twitter HQ siege that never materialized wasn’t the only claim of “threat” coming from disgruntled Trump supporters that was amplified by the media. According to an FBI bulletin obtained by ABC, Trump supporters are planning “armed protests” across the country at state capitols, starting next week and continuing through president-elect Joe Biden’s inauguration.