Home / WORLD / Barmy Remainers are bitter at UK’s ‘Festival of Brexit’, but they know they can’t refuse £120mn on offer for the arts

Barmy Remainers are bitter at UK’s ‘Festival of Brexit’, but they know they can’t refuse £120mn on offer for the arts 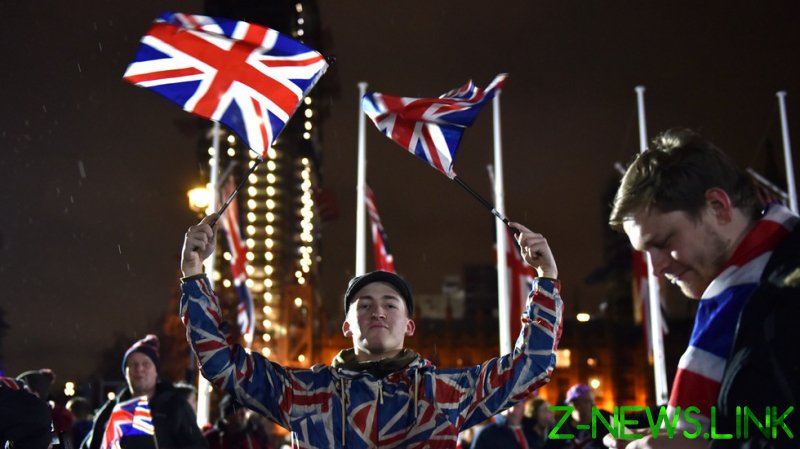 Like the paranoid conspiracists who see black helicopters and men in dark suits talking up their sleeves everywhere, the hardened adherents to the Cult of Remain just cannot help but believe that everything is still about Brexit.

So much so, that the £120 million Festival UK 2022 scheduled for next year is somehow really a ‘Festival of Brexit’. In fact, it’s nothing of the sort.

But don’t tell the swivel-eyed mob on social media that they’ve been duped by a throwaway joke from Jacob Rees-Mogg MP which  was seized upon by the anti-Brexit media. Because they are convinced this is yet another racist, xenophobic flag-waver’s attempt to rub their noses in a referendum result now nearly five years old.

Twitter has lit up with input from the ill-informed once again – yes, really! – with comments ranging from the simple ignorance of “They can stick their Festival of Brexit where the sun don’t shine. Why would anyone want to celebrate a catastrophe?” to a half-baked understanding “A festival to celebrate the utter devastation that Brexit has wrought upon… the creative and scientific excellence of the country.”

But nothing causes more delight than to discover that Remainer jester “Stop Brexit Steve” Bray – so-called because he shouted his mantra behind every daily television newscast for two years – has also failed to understand he’s been played by the Brexiteer jokers: “A farcical fallacy that serves no purpose other than to divide and keep those divisions first & foremost. That is our taxes spaffed up the wall of division.”

And of course, The Guardian, their pamphlet of choice, continues to push the line that this supposed ‘Festival of Brexit’ is somehow “divisive.” How it might be in any way controversial, apart from the funding issue, is not addressed. The money was allocated pre-Covid, when Theresa May was prime minister, so suggesting it would have been better allocated to fighting the coronavirus outbreak, or paying nurses higher salaries, requires some deft manoeuvring in the space-time continuum.

As plans start to firm up about who’s doing what at the celebration, The Guardian still insists, “in some eyes it is a politically motivated ‘Festival of Brexit.’” But to whom those eyes belong is not addressed. Nor is it suggested who “the others” are in the claim that “others balk at the cost.”

The quandary these sad muppets find themselves in is that the £120 million up for grabs is going directly to the sort of arts organisations that those of a liberal Remainer persuasion just love to champion, and they are in no position to decline any offers of financial support.

So that’s created something of a dilemma. Do the liberals arts lovers continue to slag off Festival UK 2022, under the grossly mistaken impression that it is somehow Brexit-related, or do they admit their error, take the cash on offer and engage to make the idea another hit?

Anyone living in the UK will remember the brilliant summer of 2012: a four-day weekend for the Queen’s Diamond Jubilee, England knocked out of football’s European Championship quarter-finals by Italy on penalties (of course), and a brilliantly bonkers opening ceremony to the London Olympics.

That memorable night was the last time that the entire British population really joined together and cheered as one, while gymnasts in pyjamas bounced on hospital beds being pushed round the running track and NHS nurses performed a synchronised dance routine to a heavy electronica track booming over the confusing scenes. It made no sense to anyone in the UK – never mind the billions of overseas viewers – but we all loved it just the same.

Because that is the kind of thing Britain does well. Even at street level over the weekend of the Queen’s Jubilee, just a few weeks before the Olympics began, millions of people blocked off traffic from their residential streets, laid out trestle tables, strung bunting across the road and shared a party with their friends and neighbours on a summer afternoon. Flying a Union Jack was even considered the done thing, and not a racist gesture.

We were about as far away from that 2016 referendum result in those days as we are now out the other side. So, for heaven’s sake, wear it and enjoy this state-sponsored celebration of Britain.

After all, the grown-ups have finished talking and it’s time to move on. Now go dig out that bunting, it looks like you might need it.