Barefoot would run from Russia 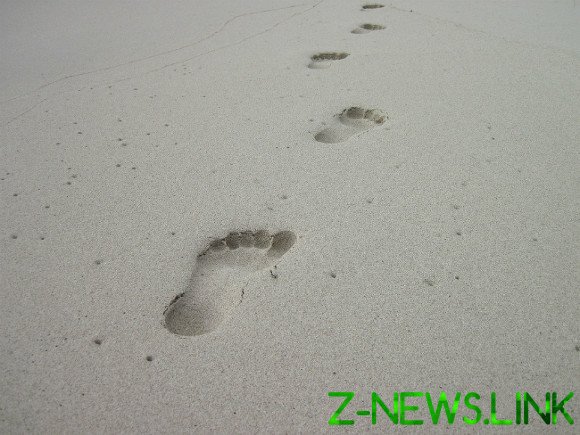 What if people have no money for the extra pair of shoes, medicines and even food? Only cause fighting parapsychologists.

The Kremlin is puzzled by recent reports of Rosstat. On the one hand, the state statistics report that the economy is growing much faster than previously thought. And with another report that for the citizens of this great country to buy a third pair of shoes per year already can not afford, every fifth Russian can’t afford fruit, and every second — once again to purchase medicines or spend a week-long vacation somewhere outside of the home.

A little earlier the same Rosstat pleased with the estimate that almost a third of our compatriots used instead of a Sewerage pit latrines and more than 8 million do not even have them.

Worried the Kremlin’s puzzling statistics hastened to report that the figures should not be taken literally. In the dynamics of life becomes more fun — after all, two years ago, according to the same Rosstat, 63.8% of citizens could not afford the others shoes, and today those 50,3%. A total of about 75 million people.

Of course, the Kremlin will continue to wonder, figures can magically change the same Rosstat counted after transition to the subordination of the Ministry of economic development statistics for the period from 2014 to find out that neither the longest in the twenty-first century recession, which were considered held for two consecutive years or fall of industry, nor of the collapse in construction — nothing in fact was not. But it was the acceleration of the Russian economy five times and something of the same spiritually uplifting.

But no amount of talk about “economic growth” in the mouth does not become sweeter. Literally. For example, according to the Institute for social analysis of the Ranepa, 22% of Russians faced the choice of what to buy: a minimal set of the cheapest products or the necessary drugs for life. On a visit to the doctor paid the money they have, naturally, no, but the availability of free medical care in the country is decreasing.

It is not surprising that according to data announced by Deputy Prime Minister Tatiana Golikova, one-third of Russian regions people began all too early to give God the soul. For the first time in 10 years, the population decline in Russia are unable to compensate for even the migrants. However, Rosstat says that it’s just the workers began to go around our country, and the mortality rate last year declined by as much as 6630. And I even admit that according to the Registrar it really is. Only now are increasingly in the news there are reports that in the provinces people are forced to bury the deceased without an autopsy and the necessary certificates. And therefore can not obtain a death certificate. It is clear that such dead souls the official statistics do not fall. And this is also an indicator of the level of development of the country. To put it mildly, scary.

See also:  Poroshenko expressed hope for a speedy return of the Crimea

Or to take another important criterion on which lately a lot of talk, a lifetime. The President signing laws to raise the retirement age, and said: say, this is a forced move, because the Russians began to live longer, God give them health, but then we have to work more. Since 2000, he said, the average life expectancy in Russia has increased by seven years (from 65 to 73), and these rates are “among the highest in the world.”

Don’t know who introduced the President misled, but in the dynamics (as advised to look at the figures Rosstat) it is not so. On the eve of the collapse of the Soviet Union, the average life expectancy we have also lagged behind those of developed countries, but it was still the 69th place in the world for women (74 years) and 105-e — for men (64 years). But in 2017, the Russian woman was already on 102-m a place (77.6 years), and men and is on a 143-m (67.5 years) is even lower than North Korea. Then fit no pension for five years to push and strengthened food stamps to give free.

The dialogue of the Kremlin with Rosstat — too much evidence that can be seen without any statistical data: government and citizens live in parallel realities where the same collection of expensive watches don’t fit in the biggest box, and the other is a cesspool for happiness. Where some people began to live longer and die less often, and others cannot bury their loved ones. It is clear that this truth of life, which suddenly smelled even from a sterile report from Rosstat, an unpleasant impression of people in power. They galley 20 years squirm and subjects all complain about life. And no matter how perepodchinenie Rosstat, fragments of this curved mirror is not the word “happiness”, but only some rude and even abusive epithets.

From a happy life people do not run. And in Russia the number of people wishing to emigrate is increasing annually. In 2018 to do it would like 20% of Russians polled by Gallup, is the largest percentage since 2007, when the Institute began conducting such surveys.

But there is a way, I think.

Just recently, we were pleased with a new breakthrough of the Russian army. In the official journal of the Ministry of defense “Army digest” published an article about the existence of Russian military techniques of combat of parapsychology, which allows to make miracles. “The effort of thought, for example, to bring down a computer program, to burn the crystals in the generators, to overhear the conversation or disrupt television and radio broadcasts, and communications. Luck ended such experiments, as the reading of the document lying in the safe, even if it is in a foreign language, which we do not possess; the definition of entities in a terrorist network; identifying potential candidates for terrorist groups”, — stated in the material.

Almost a dream come true heroes of Russian fairy tales to solve problems without getting down from the oven. I propose in the next conversion to use of these military parapsychologists peaceful — even the effort of thought, since otherwise it does not work do something useful for the country. Will stop, for example, the outflow of capital. Or, at worst, pit latrines clean. To Rosstat there was something to please the Kremlin next time.