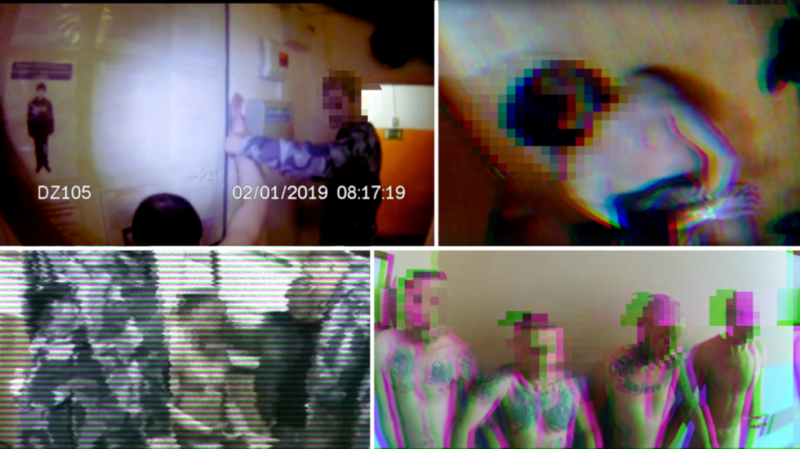 A decade ago, Vladimir Osechkin was sentenced to seven years behind bars over fraud allegations brought by the daughter of an influential Moscow politician. Released quickly on parole, he left the country as soon as travel restrictions imposed upon him were relaxed and is still reportedly wanted for questioning on a number of charges. Now, though, as the founder of human rights group Gulagu.net, he has managed to upend the country’s penal system from afar.

Earlier this week, a tranche of videos that Osechkin and his colleagues say were taken by officers inside a prison hospital in Russia’s Saratov region have caused shock and outrage in the country. In one, a man believed to be an inmate at the tuberculosis facility can be seen laying strapped to a bed and screaming while staff repeatedly violate him with a stick in a horrifying minutes-long ordeal.

Other clips released by Gulagu.net claim to show prisoners being urinated on and forced to perform sexual acts in front of the camera. The outcry in the wake of their publication has even reached the Kremlin, with President Vladimir Putin’s spokesman, Dmitry Peskov, saying that, “if the authenticity of these materials is confirmed, then of course it is a pretext for a serious investigation.”

However, the director of the country’s federal prison services, Alexander Kalashnikov, has quickly moved to dismiss four officers from the region over the incident. After the clips were released on Wednesday, the top penal boss fired Pavel Gatsenko, the head of the Saratov hospital where the incidents were alleged to have taken place, as well as a number of senior officials. Kalashnikov has apparently also moved to sack the overall head of Saratov’s prison service, Colonel Alexey Fedotov, “for serious miscalculations in operational and service activities.”

Among the four officers dismissed in Saratov is Sergey Maltsev, head of the institution’s security department. Osechkin alleges that he was “the main proponent and organizer of the whole process… he co-ordinated it, led it, gave commands. He told them to make video recordings, he controlled them and took the results to security agencies.” Osechkin alleges that the clips were later used to blackmail and coerce prisoners.

However, Osechkin told RT that the galling episode is just the first of a series of revelations that his group will publish over the course of the coming weeks. According to him, similarly shocking footage has been passed over featuring prisons like “SIZO-1 and SIZO-6 in Irkutsk, SIZO-1 in Vladimir, SIZO-1 in Omsk, SIZO-1 in Krasnoyarsk” and others. “We are reviewing the archive and publishing it step by step,” he went on.

“We have identified almost everyone to whom this happened. Now, lawyers and investigators will be working with them and there are at least 10 criminal cases coming over these terrible acts. The perpetrators have been known for a long time,” the activist added.

Snezhana Muntyan, a lawyer working with Osechkin and Gulagu.net, told RT that “I am currently representing three criminal cases of rape as a victim’s representative in the proceedings.” The cases, already ongoing, have been brought against officers by one man, but “there is informational about several more potential victims in similar cases so it is all just a matter of time. I think more will be made public in the near future.”

Muntyan also revealed later on Thursday that she “now has 14 people in the process of giving statements. I am waiting for the right moment to request that the Investigative Committee opens a criminal case. And these are only the people who decided to report crimes made against them – most have already been released from custody and are free of threats within the system.”

She also told RT that she was concerned some potential victims and witnesses might have been pressured into keeping silent, as not to make their time behind bars tougher. According to Muntyan, at least one inmate she spoke to “apparently feared that if he told the truth to his lawyer, and it became known to the staff, there could be negative consequences for him.”

The alleged perpetrators of cruel sexual and physical abuse in Russia’s prisons will apparently go to any lengths to prevent themselves being convicted of heinous crimes and ending up behind bars. After all, they likely have a unique insight into just how bad the ordeal can be.