Back flip: Atlas robot shows the wonders of acrobatics. Video 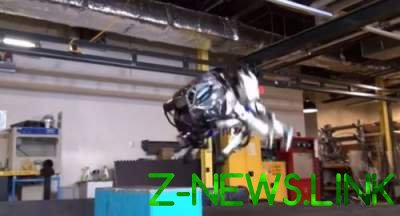 The Network is gaining popularity video in which a humanoid robot does a back flip. Developed by Boston Dynamics published on the YouTube page a new video that showed their product under the name Atlas. Mechanism flawlessly perform such a difficult trick.

The company remains one of the pioneers in the creation of mechanical robots, and have taught a humanoid robot Atlas to climb small steps. Video, depicting the demonstration of the novelties presented on the YouTube channel of the developers — “What’s new, Atlas?”.

In the short video, the robot jumps from one unit to the next, and also demonstrates a back flip. At the end of the video the creators showed had a failed attempt. Since the publication of more than 9 million users have viewed new video of Boston Dynamics robot. The company is developing for military purposes, transporting goods and other tasks.

Today none of its devices appeared on the market.