Australia will pay a price for its shambolic foreign policy 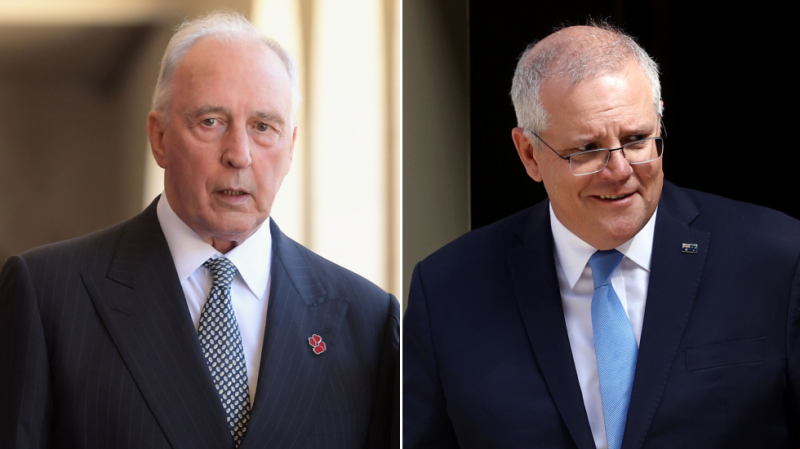 On Wednesday, the former prime minister delivered an important and provocative speech at the National Press Club in Canberra.

Keating, undoubtedly Australia’s last political leader of real intellectual stature and vision, left office in 1996. Since then, he has occasionally spoken out on political issues affecting Australia. His speech this week, however, went way beyond mere mundane commentary on domestic politics.

Rather, it constituted an at-times contemptuous critique of the conservative Scott Morrison government’s current foreign policy settings – which are supported, in bipartisan fashion, by the Labor opposition, led by Anthony Albanese.

It is not surprising that Keating should have felt the need to speak out on the crisis that has recently engulfed Australia’s relations with China and other foreign countries. The Morrison government, over the past 18 months, has destroyed its previously amicable relationship with Beijing. More recently, its clumsy cancellation of its contract to purchase submarines from France has alienated President Macron, and resulted in the recall of France’s ambassador to Australia.

These developments are the product of Morrison’s political ineptitude and intellectual shortcomings, coupled with his craven desire to please the United States – attributes that he shares with his incompetent Foreign Affairs Minister, Marise Payne. They also flow, perfectly logically, from the crude Cold War worldview that completely dominates foreign-policy-making within the Morrison government.

It was perhaps the confrontational and ludicrous recent trip to Taiwan by former Liberal Prime minister Tony Abbott, sanctioned by the Morrison government, that caused Keating to speak out this week.

Keating made the following substantive points in his controversial speech:

Keating’s speech was replete with typical Keatingesque phrases. During his political career, as Treasurer and then Prime Minister, Keating was famous for his pithy comments.

He once categorised an obstructive Senate as “unrepresentative swill” and variously described some of his conservative political opponents as “all tip and no iceberg,” “an idiot son of the aristocracy” and “a shiver looking for a spine to run up.”

Keating, now in his late seventies, has lost none of his linguistic inventiveness and venom. In his speech, he said that America’s current China policy “would make a cat laugh,” and described Britain, compared to China, as “an old theme park collapsing into the Atlantic.”

He said that Morrison’s decision to cancel Australia’s agreement to purchase submarines from France, in order to buy attack-class submarines from the United States (which won’t be delivered until 2040) was “like throwing a handful of toothpicks at a mountain.”

Opinions may legitimately differ as to the views Keating put forward in his speech. Interestingly, some of the more astute commentators in the Rupert Murdoch-owned press have been willing to concede that some of Keating’s thoughts, at the very least, merit careful consideration and are worthy of debate.

The unreconstructed Cold War ideologues at Sky News and the Australian Spectator have simply described Keating as an “appeaser” and “apologist” for China. Woke media outlets – in particular the Channel 9 press – have also roundly condemned the former premier.

Morrison has petulantly rejected the criticisms out of hand – saying that Keating and the Labor Party “can’t be trusted on national security issues”. Defence Minister Peter Dutton labelled Keating “Grand Appeaser Comrade Keating.” This, unfortunately, is what passes for foreign-policy debate in Australia these days.

Labor opposition leader Albanese has quickly moved to distance himself from Keating’s views. Albanese’s party has come a long way from its principled opposition to the Vietnam War and its condemnation, under leader Mark Latham, of George W Bush’s invasion of Iraq. This is a reflection both of Albanese’s lack of political judgment and lack of principle.

Australia is now in federal election mode – one must be held before May next year – and the leaders of both major political parties believe that crude anti-China and anti-France rhetoric will play well with the Australian electorate. It is doubtful whether that view is correct.

Morrison’s incompetence in respect of foreign policy matters is now on show for all to see, and recent polls record a sharp decline in his government’s popularity, while Albanese’s personal approval rating remains troublingly low. Nor have Morrison’s attempts to curry favour with the United States succeeded.

President Biden condemned Morrison’s treatment of the French over the cancellation of the submarine contract, and this week Biden announced that America and China had reached a landmark agreement on climate change. And, to add insult to injury, this week Vice-President Kamala Harris had a meeting with President Macron in Paris.

More embarrassingly for Morrison, just this week Biden’s national security adviser, Jake Sullivan, gave a keynote speech to the Lowy Institute in Australia in which he categorically stated that the United States had no interest in a Cold War with China.

This important pronouncement by the Biden administration – which signifies a retreat from America’s previous hardline attitude towards China – has left the hapless Morrison and his government looking like fools.

The truth is that Australia’s current foreign policy settings are, as Keating pointed out, a complete shambles. What could be more absurd than Morrison’s war-mongering stance towards Beijing, now that it’s clear the United States is unwilling to engage even in a Cold War with China?

Australian politicians these days lack not only intelligence, but even a rudimentary understanding of history. That is why only a former statesman like Keating – who has been out of power for 25 years – is capable of putting forward a cogent analysis of the country’s current foreign policy crisis.

But even Keating’s critique has failed to prompt a genuine intellectual debate over foreign policy in Australia. In his speech, he described Japanese politicians as “the Bourbons of South East Asia” – because, in Talleyrand’s famous phrase, they “have learnt nothing and forgotten nothing.”

That description, however, can be much more aptly applied to mainstream Australian politicians.

It remains to be seen what price Australia will ultimately pay for the egregious stupidity and historical blindness of its current crop of fourth-rate political leaders.