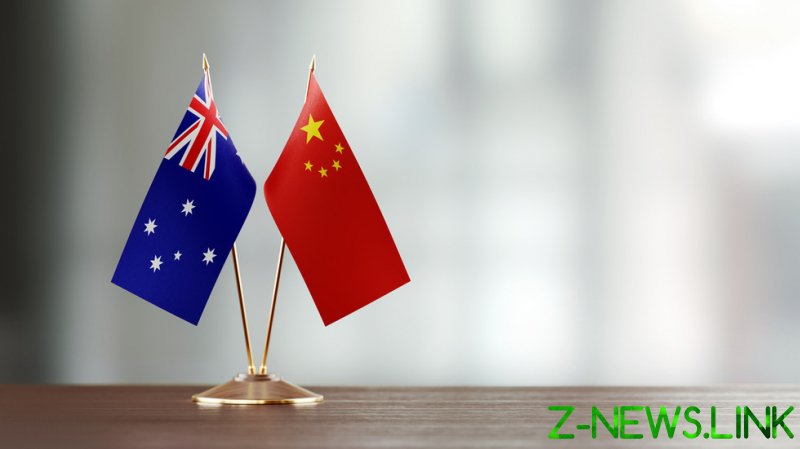 Australian Prime Minister Scott Morrison said China would face consequences if it backs Russia’s attack on Ukraine, arguing such a move would be an “abomination” while hinting at new international sanctions for Beijing.

Asked whether any penalties were in store for China over its refusal to condemn the ongoing Russian assault, the PM told reporters that Australia would join with allies in sanctioning the country.

“We will move in lockstep with our partners and allies on these issues, and the United States has made some very clear statements about this and we support those statements,” he said on Wednesday, calling on “the whole world” to “put an end to this terrible violence and aggression by Russia in Ukraine.”

Morrison went on to argue that Beijing must be “very transparent” about its ties to Moscow, including “when it comes to throwing them an economic lifeline during this global crisis” and “potentially what, if any, support has been discussed for military support for Russia,” adding the latter decision “would be an abomination.”

The leader’s comments follow similar statements from Washington, which has also warned of “significant consequences” for any military or economic assistance to Moscow.

“We will not allow that to go forward and allow there to be a lifeline to Russia from these economic sanctions from any country, anywhere in the world,” US National Security Advisor Jake Sullivan said last Sunday, ahead of a meeting with Chinese diplomat Yang Jiechi in Rome.

Despite reports that China is now in talks with Russia and offering to provide aid, officials in Beijing have rejected the charge as “disinformation,” while the country’s US Embassy said it was unfamiliar with any such plans.

Moscow sent troops into Ukraine in late February, accusing Kiev of refusing to implement a peace plan for two breakaway republics in the Donbass region following years of fighting. Ukraine has called the “special operation” an unprovoked attack, a stance echoed by the US and a long list of allies, which have retaliated with far-reaching sanctions on Russia and ramped up arms deliveries to the Ukrainian military.