Home / business / At the village of Lugansk militants kidnapped the guy

At the village of Lugansk militants kidnapped the guy 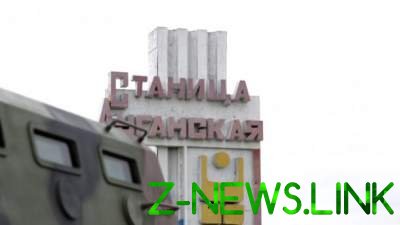 He helped people carry bags with one hand KPVV to another.

The Kharkiv human rights group reported about the arrest at the checkpoint “Stanitsa Lugansk” young guy.

According to the report on the organization’s website, the guy born in 1995 Nikolay Petukhov worked as a loader on PPC “Stanitsa Lugansk”.

He helped people carry bags with one hand KPVV to another.

In the past year, it was the only income 22-year-old boy and his elderly mother.

Human rights activists report that on the 31st of August, about noon, the guy took KPVV from Ukraine, and from fighters he was stopped by armed men and, according to witnesses, the interrogation began.

According to witnesses, the terrorists took the young man aside and from this moment the communication with him was broken and on the Ukrainian side, he still has not returned.

The kid’s mother turned for help to the representatives of the OSCE and human rights defenders.

There is information that a week ago under similar circumstances on PPC “Stanitsa Lugansk” were abducted another young boy who also worked there as a loader. Relatives reported that his name is Alex.