Home / WORLD / As tensions rise between Japan and China, is Tokyo backing a loser in Taiwan?

As tensions rise between Japan and China, is Tokyo backing a loser in Taiwan? 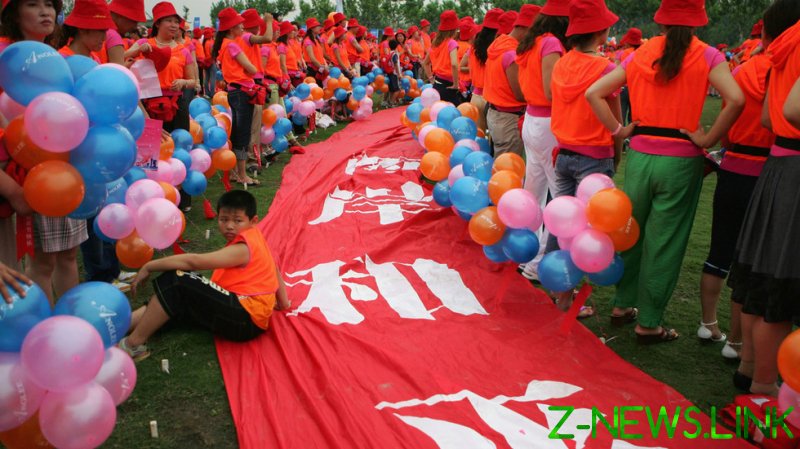 For the first time, Japan’s annual defence report has listed Taiwan as a priority issue, noting that the stability of the self-ruled island – which is claimed by China – is critical to its own security. The shift in position demonstrates a growing openness from Tokyo to counter the rise of Beijing, an openness that has been encouraged by the United States. Predictably, China’s Ministry of Foreign Affairs condemned the white paper as a “gross interference in its internal affairs,” reiterating its One China Policy.

And it’s not Tokyo’s first move concerning Taipei, having also recently sent Covid vaccines to the island. More significant was Japan’s Deputy Prime Minister Tara Aso revealing that Tokyo would seek to be involved in a conflict in the Taiwan strait. The comments were subsequently dismissed as a gaffe and rowed-back-on somewhat, but the sentiment was clear. The annual defence report itself observes that the balance of power between Taiwan and China is changing unfavourably for Japan.

Beijing is getting more powerful, and Tokyo does not think it can idly stand by. Why is this? It’s not about ideology or altruistic values. The island of Taiwan is the centrepiece of a chess board which is described as ‘the first island chain’ – a volcanic island grouping which spans all the all way from the Bering Strait, encompassing the Japanese islands themselves and Okinawa, surrounding China’s entire periphery and continuing down into the South China Sea.

This specific region is the centre stage of where any war involving China will take place and its fate is likely to indicate who will win, and who will lose. Recently declassified documents concerning the US ‘Indo-Pacific strategy’ set out by Donald Trump’s administration imagined a war scenario and indicated that preventing China from ‘dominating’ this island chain was a key objective.

If China reunifies with Taiwan, it automatically controls this region and as a result, immediately assumes military hegemony over Japan. This is why Tokyo is becoming increasingly vocal on the issue.

In some ways, history is repeating itself. Japan annexed Taiwan from the Qing Dynasty following the Sino Japanese war in 1895, an occupation which lasted 50 years. Seizing Taiwan was the first objective in Tokyo’s broader aggression against Beijing.

However, this time round Japan is the weaker, defensive power, even though it’s important to acknowledge that a conflict between the US, China, Taiwan and Japan is highly unlikely, not least because of the scale of economic integration between them. Japan thrives on the Chinese market and there’s no getting away from this.

As a result, Tokyo is left with the very limited objective of attempting to prop up the status quo in the strait for as long as possible, attempting to prevent the shift in the balance of power.

Notwithstanding the US factor, how do China and Japan compare against each other in terms of their military capabilities? First of all, there are obvious limitations for Japan, given its constitutional limit on defence spending and only having 10% of the population of China as a whole. Geography means a hypothetical conflict between the two would be maritime and air based, as opposed to combat between soldiers on the ground. And, according to figures on armedforces.eu, Japan has 1,654 aircraft including F-35s and F-15s, while China has 4,182 consisting of its own Chengdu J-class fighters.

Although Japan is not lacking when it comes to a technological comparison – and may even be slightly ahead in some areas – it does nonetheless find itself increasingly outnumbered and outgunned, as Beijing’s capabilities continue to escalate.

For example, China is already reported to have the world’s largest navy, and its third aircraft carrier is currently being constructed. Although Japan has a much smaller navy in raw numbers, it has four aircraft carriers and two more destroyers than China. But the reality is Tokyo simply does not have the resources or ability to keep up as Beijing expands relentlessly, although it does pack enough of a punch for China to want to avoid a war altogether (even though the symbolism would matter in terms of power projection).

Taking everything into account, is Tokyo backing a loser in Taiwan? The growth of China’s military capabilities is obviously creating a serious strategic dilemma for it. Japan is adopting its position as a necessity, despite the fact that doing so risks upsetting Beijing.

But, given a conflict will not break out, the more pertinent question is can Tokyo keep up with the shifting balance of power? It’s in its interests to maintain the status quo as long as possible, and the partnership with the US and its allies helps it do so, as does the fact that China lacks a political strategy for peacefully ‘winning back’ Taiwan, despite placing a heavy emphasis on doing so.

Yet, arguably, it is China that feels time is on its side, and not Japan’s. One shouldn’t bet on any major developments just yet as Beijing’s own focus is currently on improving ties with US allies to counter Biden’s coalition-building effort, rather than enabling further deterioration. But it’s going to be fascinating to see how it all plays out.