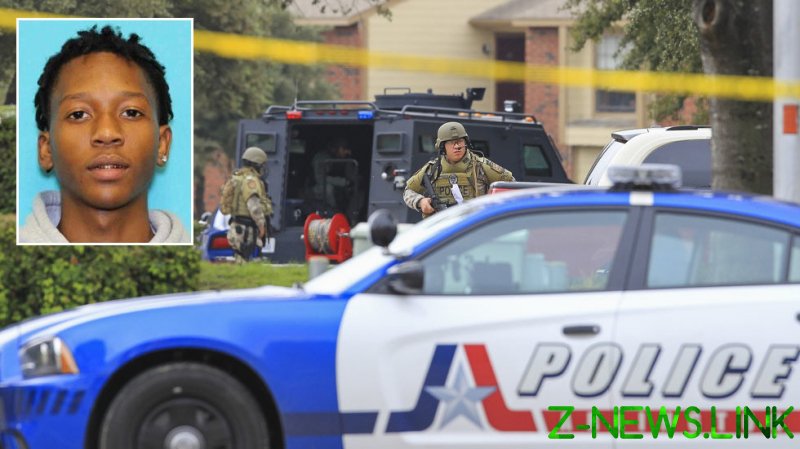 Arlington PD posted a photo of Simpkins on Wednesday morning local time, along with the license plates of his silver Dodge Charger and a request for the public to help locate the teen.

Timberview and other nearby schools were put on lockdown on Wednesday morning amid reports of an active shooter on campus. Initial reports spoke of “multiple” people injured. Police gave an all-clear shortly before noon, and confirmed three people were wounded in the incident. A fourth person sustained minor injuries.

Simpkins reportedly fled the scene in his vehicle, and the search for him is currently underway. He should be considered “armed and dangerous.”

“We believe there was a fight between a student and another individual” that led to the shooting, police told reporters at a press conference outside the school.

Timberview serves the Arlington and Mansfield school districts. It is located in southern Arlington, a city of around 400,000 residents just east of Fort Worth.