Home / WORLD / Are Russia & Belarus gearing up for conflict with the West? Hysterical pundits are sounding alarms while ignoring NATO war games

Are Russia & Belarus gearing up for conflict with the West? Hysterical pundits are sounding alarms while ignoring NATO war games 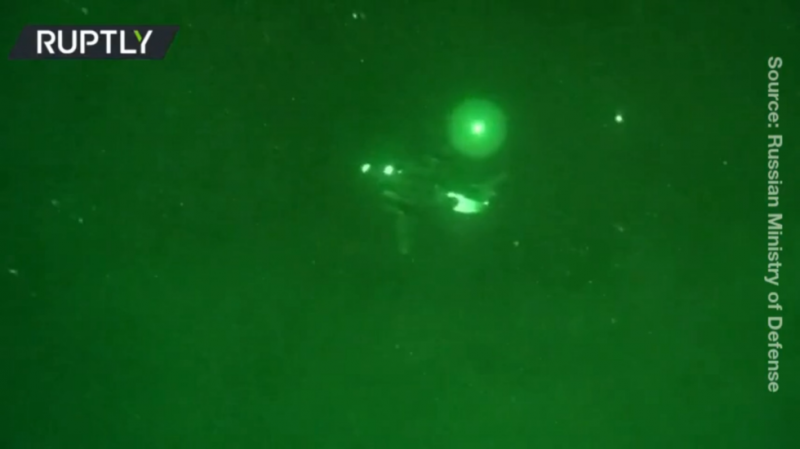 Bringing together tens of thousands of both Moscow’s and Minsk’s soldiers, as well as others from Mongolia and Kazakhstan, this year’s installation of the wargames is one of the largest seen across the world for nearly 40 years. Three hundred tanks, thousands of armoured vehicles, numerous artillery and MLRS systems as well as 15 naval vessels have all been deployed to take part. The Russian and Belarusian Air Forces are also fielding warplanes and front-line fighter squadrons with the aim of stepping up their existing co-operation.

To NATO commanders covering the US-led bloc’s so-called Eastern Flank, the sheer scale might cause some concern. But they can’t be that worried about the prospect of escalation, given they are at the same time running Operation Atlantic Resolve, which has included exercises close to the border with Russia.

However, the difference between reality and perception when it comes to ties between Moscow and the West is laid bare by reporting on the issue in the English language media, highlighting the scale of Cold War-era attitudes towards much of Eastern Europe and Central Asia.

Tensions between East and West over Ukraine and elsewhere have been widely reported, and what should be a fairly routine set of military drills is unsurprisingly pitched as another potential step towards war. Particularly given the now-antagonistic relationship between the EU and Belarus, Minsk’s participation has been positioned as a sign it is turning to Moscow for protection.

Outlets like The Washington Post have sought to read the tea leaves and imply that the Zapad drills are part of mooted efforts to integrate the two nations amid unrest in Belarus.  But military cooperation between Russia and the former Soviet republic is anything but new with ties dating back to 1991, and a political union effectively in place.

Whilst many will decry Zapad-2021 as a provocation, Moscow will undoubtedly point to the numerous NATO exercises that have taken place on Russia’s border and ask the question – what is the difference?

The only obvious answer, and one that has escaped media coverage of troops and tanks, is that Russia can field a larger force in a shorter time frame. If analysts bothered to look at the mission statement behind Zapad-2021 it becomes clear that the exercises are defensive in nature, rather than about projecting force abroad. This rationale is the same one professed by the top brass behind recent NATO exercises in Eastern Europe.

Indeed, while foreign correspondents fret about whether the regular drills laid on by former Soviet states are a threat to Europe, and EU nations like Poland and Latvia claim they escalate an already tense shared border, it is actually Moscow that has called for cooler heads to prevail in recent months. Just last month, Yuri Pilipson of the Russian Foreign Ministry said that naval exercises in the Black Sea risk worsening ties between NATO and his own country.

“It is quite obvious that this kind of ‘training’ provokes, rather than prevents, conflict situations,” the official said. “We have repeatedly warned that the escalation of military-political conflict directly on our borders carries with it a confrontational charge.”

While NATO and EU-aligned Eastern European states will level the same charge right back at the Kremlin, the fact that both sides have understandable concerns about the scale of wargames in the region is scarcely reported in the West. Russian drills are decried as provocations, while American-backed ones are about readiness to defend against them.

However, with both sides locked into the need to put on displays of force and to improve their readiness to respond to a possible conflict, the risk of escalation undoubtedly increases, and just one accident or misguided action could light the powder keg. Such an incident reared its head in June, when a British destroyer crossed into Crimean waters and was met with warning shots and a warplane flyover.

While ostensibly designed to reiterate London’s position that Crimea is not Russian sovereign soil, the manoeuvre inevitably only worsened relations between the West and Moscow, and amped up the rhetoric. Russian President Vladimir Putin went as far as to say that the gesture was a hollow one – and should an escalation have occurred then a climb down would have ensued, from the British side.

It is unsurprising then if Russia and its international partners are seeking to underline that point and reiterate their readiness to respond – defensively – to anything they perceive to be a provocation. But, while the HMS Defender even carried BBC journalists on board to document its ‘freedom of navigation’ operation, the voices sounding the alarm over Moscow and Minsk’s drills will always be amplified to be far louder in Western media than those writing them off as a regular occurrence.

Even if Eastern Europe isn’t poised for an all-out conflict, there is a real risk that people living in the West, opening their newspaper each and every day, end up convinced they’re already embroiled in a new Cold War.