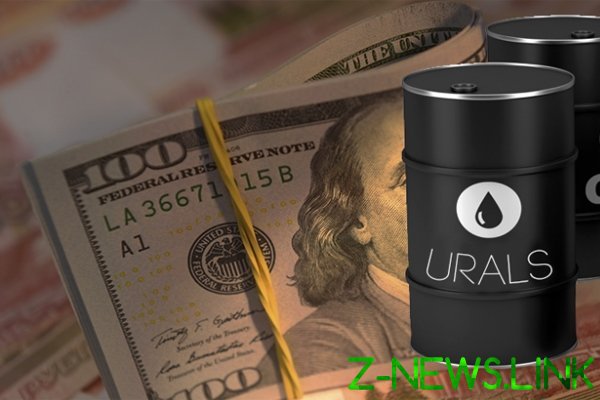 Saudi Arab Light, which will be sold in Europe at a discount to Brent 10.25 per dollar per barrel, it seems, won the Russian Urals the first battle in price war. According to Reuters, for the second week the EU refuses to tanker deliveries of oil from Russia.

The world’s largest independent commodity trader Trafigura has offered to party with shipments from Primorsk and Ust-Luga 30 March – 3 April at a price of 3.35 per dollar below Brent (about $ 23 per barrel). However, neither the European purchaser, these parties have not acquired.

Swiss Glencore put 100 thousand tons of Urals c delivery in ports of the Baltic 4-8 April. Discount to Brent was even greater – 3.7 dollar per barrel. But it was to no avail. As an attempt to sell goods by sending 27-31 March.

Another 100 thousand tons of Urals discount to Brent 3.35 dollar per barrel proposed Royal Dutch Shell, and Total – party with shipping March 28 – April 1. The result is the same. Didn’t realize Stasco, Vitol neither.

As a result, traders will have to store oil in tankers for an indefinite period. Sources Reuters reported that Glencore already rented for six months the world’s largest supertanker Europe with a capacity of 3 million barrels.

“Everyone will try to buy from Saudis,” – said the Agency one of the European traders. “Buyers will seek to minimize the volume of Urals, because they know they’re going to Saudi barrels. The prices are so low that it is much more profitable,” added another source to Reuters.

However, Saudi oil will not come before mid-April. So at the moment the old contracts for the supply of Russian raw materials will be implemented. However, the problems of the Russian oil companies have arisen not only in Europe.

Saudi Arabia begins to press Russia on the Chinese market

Chinese state-owned petrochemical company Sinochem refused to buy “Rosneft”. In the procurement of crude oil for the refinery in Guangzhou Sinochem made a tender to the Russian state-owned company was excluded from possible suppliers.

According to one of the document’s requirements, the company must not be under US sanctions. And against Rosneft and TNK Trading Trading (traders a subsidiary of Rosneft) Washington imposed sanctions on the trade of Venezuelan oil.

Reuters says that the US and Saudi Arabia want to punish Russia, and even China now will not be able to help her. China wants to replace on Urals Arab Light, since Saudi Aramco will sell China its raw materials at a discount to Brent of $ 6 per barrel.

Riyadh can afford it. The cost of Saudi oil is $ 10 per barrel at existing wells, and $ 17 on the new fields. While Russia needs a price of $ 25 per barrel, to maintain the level of oil production.

And a comfortable price range, according to Deputy Minister of energy Pavel Sorokin begins with a 28.96 USD per barrel. If Russia will reduce the prices for the European market, the ruble will fall to 84 rubles per dollar.