Appeared to review the most anticipated Apple smartphone 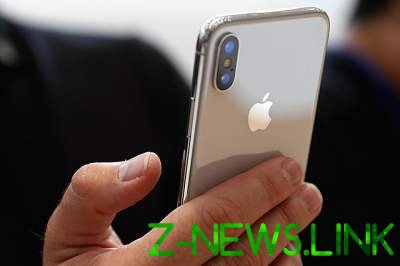 Apple employee fired after his daughter recorded a video review of the new iPhone X. the company said that the movie daughter of the employee – Brooke Amelia Peterson had violated the ban on screening of devices prior to their release. The girl showed as a new iPhone X looks calendar, notification, and other applications.

Also there were visible QR codes assigned to an employee of Apple. The footage was shot on the campus of the company. The video was removed from YouTube channel, but it can be found on Reddit.

iPhone X will go on sale only on November 3. This is the most anticipated Apple phone in recent times.

In the words of the girl herself video with iPhone X she decided to shoot for fun. However, she says that he did not know, that violates any rules, and just recorded a video for memory.

After the dismissal father Amelia Peterson deleted the video with the review, and wrote new rules of work at Apple.

Previously a Google engineer discovered that using the iPhone camera, you can monitor users.