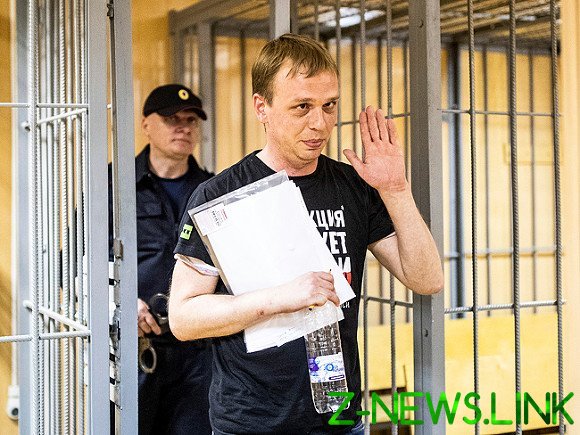 Better than joked Ivan Golunov, not a joke: and not tossed any chance of an apology to someone else instead of Golunova — you dig into things, just in case kolonowskie apology you have in the backpack? No, it is clear that this is a formality. The official apology of the Prosecutor’s office to the citizen by Holonovel sooner or later, to the said citizen’s reach. The post Christmas cards for the may holidays brings — we are familiar. Maybe the envelope right now have Golunova, and he’ll tell us about it. Just not about that now speech. Since this whole shameful history it has been 8 months. During this time, under certain circumstances can a child give birth. And no intrigue in the matter of Ivan no it is absolutely fake and disgusting. Decent people that was evident on 6 June. The majority was clear on 11 June, when they let Ivan go. Not immediately, but even President Putin was all clear, and Mr Putin was reluctant, but remembered after the name of the journalist.

If the basis of law enforcement, in the basis of functioning of our state in General, lay above all respect for law, citizens ‘ rights and basic decency, then apologies would be of immediately. Police officers who falsified the case, not just would be removed from work and immediately put on trial. Already the verdict would be. And along the way, we’d find out who this thing ordered. And customers would also be on trial. However, police brutality is possible even in the most decent countries. And mistakes are possible. But our feature is that we never apologize. But if we do it, so reluctant and so fake, as if the apology is equal to humiliation. Case Golunova — a special case. But in Russia, in principle, it is not customary to ask forgiveness for the mistakes and even crimes of the state.

The state is always right. None of his actions cannot be questioned. The state accurately and flawlessly. To mistake an ordinary man because the ordinary man is weak and imperfect. And the state — on the contrary, perfect and strong. Therefore, for the investigation and trial of protesters a lot of time is required. And put them from the heart. But to apologize to the innocent — it’s almost torture to force necessary. But the case of Ivan Golunova still non-trivial. This is a unique example when they managed to fight off the human from the monster. When I managed to justify it, and the police to put on trial. And even force some goat-tracks to send any apology. We found out that this is possible in principle!